[THE INVESTOR] MBK Partners, the nation’s largest private equity fund, is seeking to create a new fund worth up to 4 trillion won (US$3.6 billion), Korea Economic Daily reported on Sept. 2.

The new funding -- the fourth of its kind -- comes after the third one worth 3 trillion won was created in 2013. 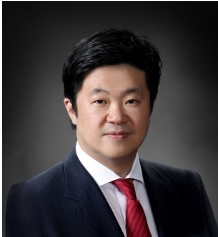 The company declined to confirm the new funding plan.

If it succeeds in the new funding, the firm is expected to become a major PEF in Asia handling a combined 15 trillion won.