[ The Korea Herald – Send E-mail ]
‘Korea to safeguard logistics from Hanjin fallout’
By Park Hyung-ki
Published : Aug 31, 2016 - 17:22
Updated : Aug 31, 2016 - 17:22
South Korea’s Finance Minister Yoo Il-ho said the government will deal with companies under creditor-led restructuring programs by the book and those that do not come up with reasonable self-rescue plans will not receive any state support.

“The government will strictly and rapidly execute its restructuring policy on the principle that debt-laden companies share the burden and try to find solutions to stay afloat and regain competitiveness,” Yoo said in an industry-related ministerial meeting Wednesday. 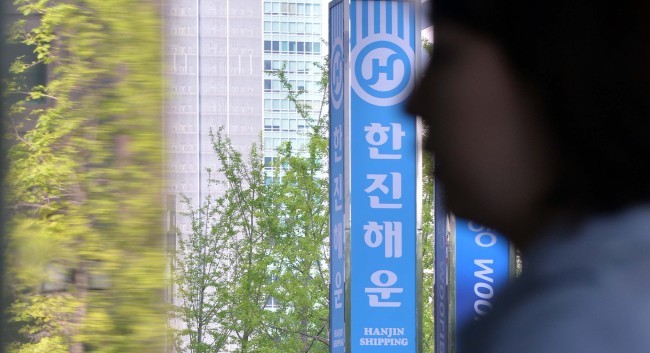 His remarks came after Hanjin Shipping’s creditors, including the state-run Korea Development Bank, refused to extend additional support to the country’s biggest shipping company, which failed to propose a sound and stronger self-rehabilitation plan. Hanjin decided to file for court receivership. The Finance Ministry backed the creditor’s decision, despite concerns raised by the Ministry of Oceans and Fisheries, saying that a court protection filing by Korea’s biggest shipper is “not only unprecedented, but also would cause a disruption in logistics.”

While the Oceans Ministry has launched an emergency team with industry officials to draw up contingency measures, the Finance Ministry noted that it would be inevitable that ports, including Busan Port, face difficulties at least over the next two to three months.

Following the debt fallout of Hanjin, Korean ports are expected to have delays in freight transportation and see a decrease in the volume of cargo, the Finance Ministry warned.

However, Minister Yoo said that the government will improve the logistics infrastructure to stay competitive, as well as strengthen its monitoring so that the market will face minimum volatility following the Hanjin debacle.

“We will closely work with the Ministry of Trade, Industry and Energy, the Ministry of Foreign Affairs and other related agencies so that (Hanjin) will not negatively affect Korea’s economy and it will maintain global competitiveness,” Yoo said in the meeting.

He added that the government will further draw up detailed plans to boost the competitiveness of Korea’s shipbuilding, shipping, steal and petrochemical industries after receiving opinions from consulting firms by the end of September.

Korea has introduced a so-called “three-track” system of corporate restructuring. Under the scheme, the country’s regulators, in collaboration with other state agencies and creditor banks, will identify and restructure companies suffering from an industry slowdown; companies showing signs of default on their debt; and those with overcapacity.

The Financial Supervisory Service announced early last month that it will push 32 companies, including listed conglomerates, to restructure their bad debts through intensive creditor-led workout or court receivership programs.

After rigorous credit screening and evaluation of some 600 companies that borrowed more than 50 billion won ($45 million) from the financial sector, the regulator graded 13 companies “C” and 19 “D.”