Drawing skills and some online space provided Choi with everything he needed to reach a young Korean-speaking audience that might otherwise have little attention to spare for a 36-year-old escapee from over the border.

The strip is called Rodong Simmun (Labor Interrogation) -- a play on the name of the North Korean ruling party’s official mouthpiece Rodong Sinmun (Labour Newspaper) -- and details the struggles of North Korean defectors adapting to life in the capitalist South.

A lot of the material is based on Choi’s own experiences since arriving in Seoul as a 30-year-old defector in 2010.

“When someone first suggested I try it, I thought it would be impossible to compete with thousands of other webtoon artists,” Choi said.

“But the response was phenomenal,” he told AFP in his Seoul office.

Choi only started posting his strips in May and, in what is a crowded and highly-competitive field, they are already averaging around 20,000 views and garnering fawning reviews from a growing number of South Korean fans. 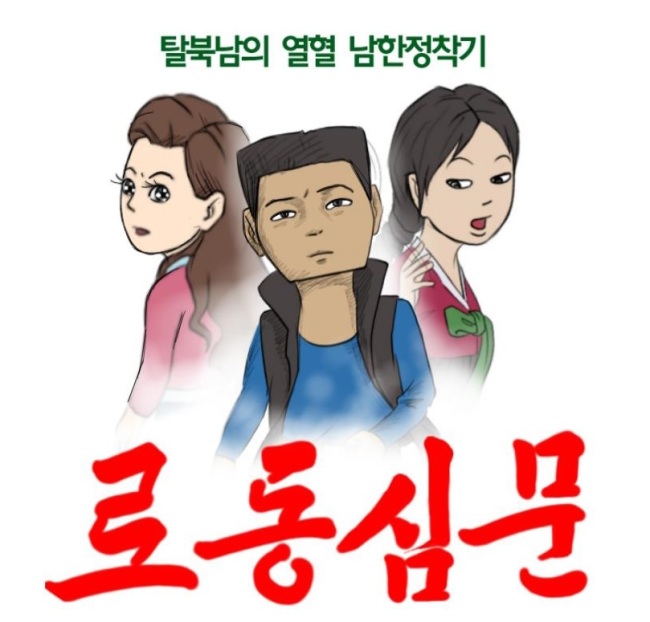 A cut from “Rodong Simmun” by defector and cartoonist Choi Sung-Guk (Naver Webtoon)
The webtoon’s protagonist is Yong-Chol, a late 20-something defector whose efforts to assimilate are portrayed in comic set pieces which often carry a bittersweet or, in some cases, downright sinister subtext.

Many focus on cultural misunderstandings, including one episode in which Yong-Chol mistakes the routine politeness of a female, South Korean co-worker as a declaration of love and ends up proposing marriage after just one date.

A darker episode is set in a facility run by the South’s National Intelligence Service who spend several months screening all defectors in order to root out any spies.

One scene shows a defector waiting to be questioned and trembling with fear at the prospect of being tortured -- only to be offered a cup of coffee instead.

The margins of Choi’s strips are studded with explanatory boxes regarding aspects of life in the North, such as one stating that “anyone being interrogated must walk with his head down and is not allowed to make eye contact.”

The style and tone is very different from the typical defector memoir -- usually a harrowing, ghost-written account of persecution, suffering and eventual escape.

“I’m not trying to prove what’s right or wrong. I want to show that we’re different, but also the same,” he explained, adding that the key to success was maintaining a light touch even when the subject matter was quite grim.

“On the internet, people lose interest if it gets too serious or heartbreaking,” Choi added. “You have to make it witty and humorous so people can identify with it.”

Choi originally placed his cartoons in a monthly magazine put out by Koreaura, the publishing house where he works in Seoul, but the response was muted. 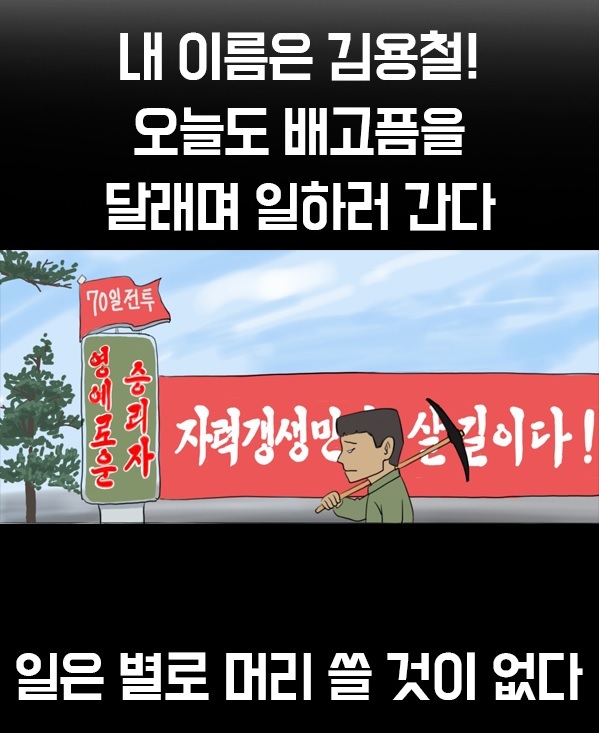 A cut from “Rodong Simmun” by defector and cartoonist Choi Sung-Guk (Naver Webtoon)
“We have a limited readership,” said company founder Park Chang-Jae who actively pushed Choi to post his work as webtoons on the Naver platform.

“But the internet has no boundary, so people everywhere and of all ages can see it,” Park said.

The SEK animation studio where Choi worked in Pyongyang has an international reputation and has contributed work to big budget animated features including Walt Disney’s “Pocahontas” and “The Lion King.”

Choi said he had viewed it as a “dream job” with monthly rations of meat and sugar, until he discovered just how badly paid he was compared to foreigners working in the same studio.

He left and “made a lot of money” selling pirate CDs of South Korean films and TV dramas until he was caught in 2006.

Potentially a very serious offence, Choi said he was let off lightly because some of his customers were influential officials.

His punishment was expulsion from Pyongyang, after which he worked as a computer instructor in South Hamgyeong Province before defecting to the South in 2010 via China.

For the last two years, Choi has also been a regular participant on a weekly YouTube video program devoted to defector-related issues.

The program includes a roundtable discussion among three defectors and a South Korean moderator, with issues ranging from South Korean fashion from a defector’s perspective to new habits they have picked up in the South.

In a regular segment, Choi uses his illustrating skills to draw a scene he recalls from life in North Korea and then discuss it with another defector.

One recent video saw him sketch an image of two students sitting side by side in a library to illustrate the true story of an interracial student couple -- a North Korean man and a Russian women -- he had known in Pyongyang.

The YouTube channel has more than 21,000 subscribers -- many of them Korean living overseas in countries like the United States.