Cho is to steer the Environment Ministry, which is responsible for dealing with pending issues such as the toxic humidifier disinfectant tragedy, Volkswagen’s emissions-rigging scandal and fine dust countermeasures.

Cho is considered an economic and state policy expert as he served in various government posts dealing with economic policies and budget at the Economic Planning Board, the Ministry of Planning and Budget and the Ministry of Strategy and Finance. 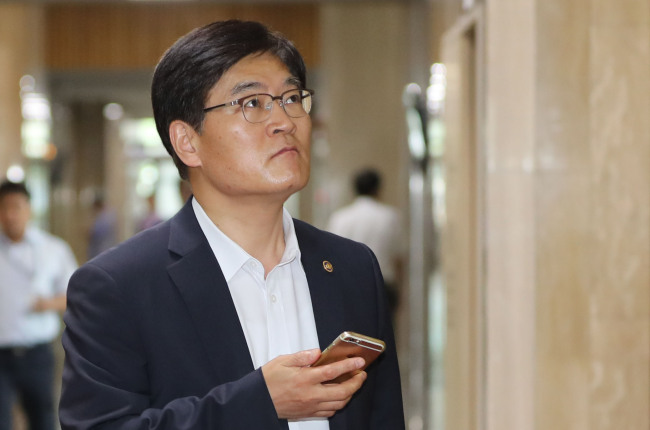 Cho Kyeung-kyu (Yonhap)
While he has no direct environment-related experience, he has participated in drawing up the government’s greenhouse gas emissions reduction plan during his time at the Prime Minister’s Office since 2014. He has also overseen the comprehensive government plan to fight the fine dust.

Cheong Wa Dae explained that Cho has ample knowledge and ability to coordinate on overall government policies including the environment sector.

“We expect Cho to closely cooperate with other ministries to harmoniously resolve pending issues such as climate change and fine dust, as well as creating future growth engines such as environment friendly energy towns,” it added.

The Environment Ministry has recently been hard hit by controversies involving lax management of environment hazards.

Born in 1959, Cho graduated from Jinju High school in South Gyeongsang Province and studied economics at Hankuk University of Foreign Studies. He received a master’s degree in public administration from Seoul National University and in economics from the University of Oregon.

Cho has been working at the Prime Minister’s Office since 2014.