[ The Korea Herald – Send E-mail ]
[Hallyu Power] Korean webtoons make big strides in global comics market
By Lee Woo-young
Published : Aug 16, 2016 - 14:51
Updated : Aug 17, 2016 - 14:26
A young college student stranded in a rocky mountain on the outskirts of Seoul grabs a rope to go down a rugged cliff. His friend tries to stop him as the rope is not long enough, but he is too late and ends up looking at a length of rope swinging helplessly in a fierce wind.

This introductory scene of the Korean comic series “Peak” might be made into a film as its provider Rolling Story signed a film production deal with a US entertainment agency in October last year.

“Peak” revolves around five young Korean men assigned to an unusual military duty to work at a mountain rescue unit. It is one of the most popular comic series on Daum Webtoon in Korea and is an example of the global success of the Korea’s booming webtoon industry.

Shortly before the production deal, the web comic launched its series on Spottoon, an English platform for Korean webtoons run by the Seoul-based webtoon start-up Rolling story.

Spottoon offers some 70 Korean webtoons in English and has been visited by 1.1 million readers from 210 countries since its launch in September.

The Korean digital comics -- or webtoon -- industry is one of the most vibrant and fast-growing industries here. The country has more than 4,000 digital comic series offered by more than 30 mobile webtoon platforms. Since comics started to appear online in 2003, the market for webtoons has grown rapidly here along with the growing number of smartphone users and fast internet connections. 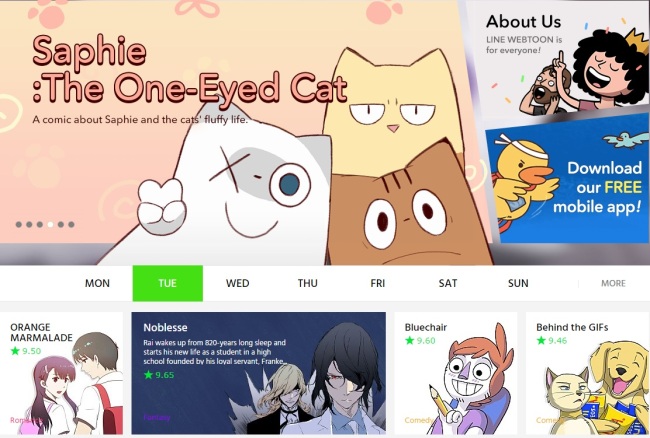 Having successfully navigated the transition of the comic book industry to mobile services, Korean webtoon providers are now eyeing global viewers with multi-language services and looking for more opportunities in global markets such as remaking webtoons into films and TV dramas. 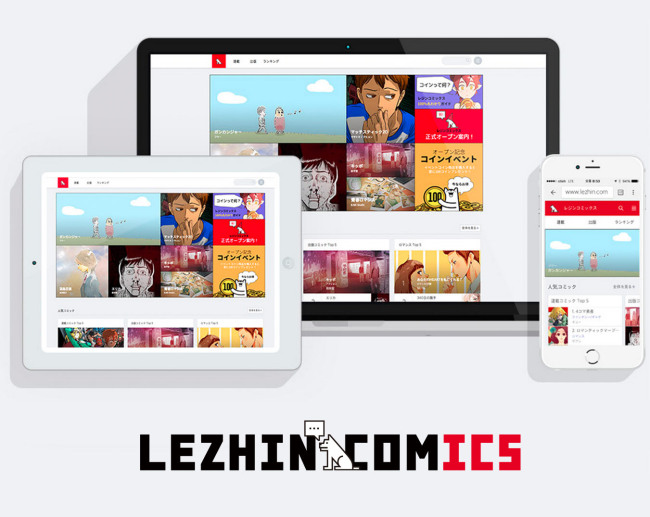 Lezhin Comics Japan (Lezhin Comics)
It offers both Korean webtoons and digital comics by local artists in countries such as China, Thailand and Indonesia. It also provides a total of 600 webtoons serviced through each country platform, including the English service. It has recruited some 120 comic artists through competitions overseas to run series that cater to readers in other countries.

“The webtoon is a new form of digital content still at the very beginning stage, so there’s so much potential in this market,” said Kim Jun-gu, the head of Naver Webtoon and Web Novel CIC, an affiliate of Naver.

Kakao’s Daum Webtoon, a competitor to Naver, is also offering Korean webtoons in English and Chinese through different platforms it partners. It launched its global service earlier than Naver, in January 2014, with the US-based Tapas Media to offer English translations of some popular webtoons.

Following the success of giant webtoon providers, Korean start-ups are also jumping into the global webtoon market for business opportunities.

“I would say that in the Chinese market, comic books are still more widely read than web comics at the ratio of 9:1. So web comics have a lot of potential for growth in China,” said Lee Myung-jin, the CEO of Haotoon Co. Ltd., who launched the Chinese web comic platform haotoon.cn earlier this year. 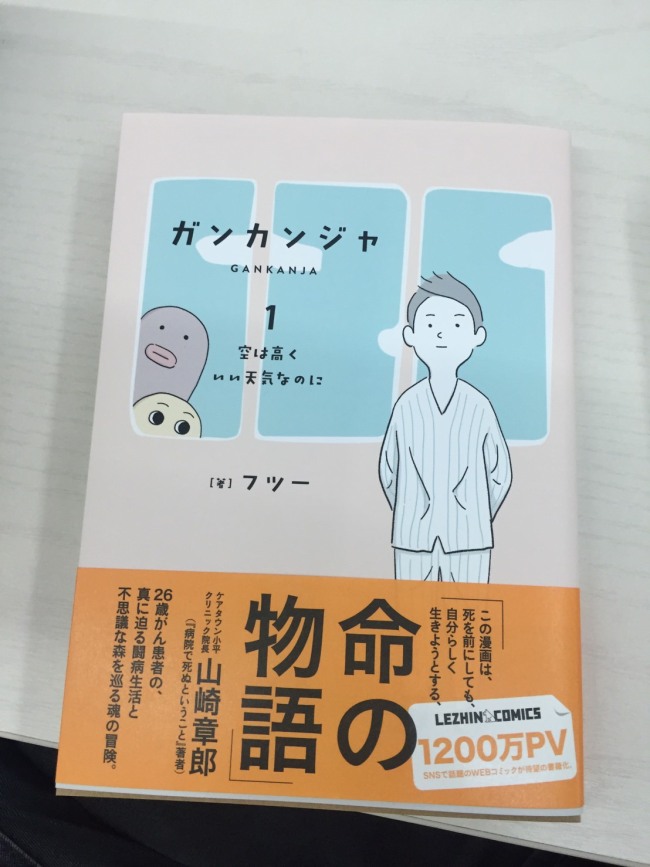 Webtoon "Amanja," or “Gankanja” in Japanese by Kim Bo-tong is published as hardcopy comic books in Japan on July 29. (Lezhin Comics)
Lee said Korean webtoons are not the most popular type of comics among young Chinese readers yet, as they are more familiar with popular Japanese manga series such as “One Piece” and “Blitz.” But the fact that few Chinese readers are exposed to web comics shows that the market holds much potential for growth.

“Korean webtoons are tailored to smartphones, which is still a rare format to Chinese readers,” Lee said. “There are a huge number of comics being updated daily on Tencent. The number would probably beat daily updates at Naver and Daum Webtoons,” he added.

Lezhin Comics, the first paid webtoon service in Korea, ventured into Japan and the US last year. To appeal to local readers, the company adopted the strategy of translating, editing and marketing tailored to each market.

“We have Korean translators fluent in Japanese and Japanese translators fluent in Korean who make Korean webtoons look and sound as natural as possible for Japanese readers. They adjust every detail such as typical Korean words used to describe sound, actions and names of buildings,” said Lee Seung-han of the international business team. 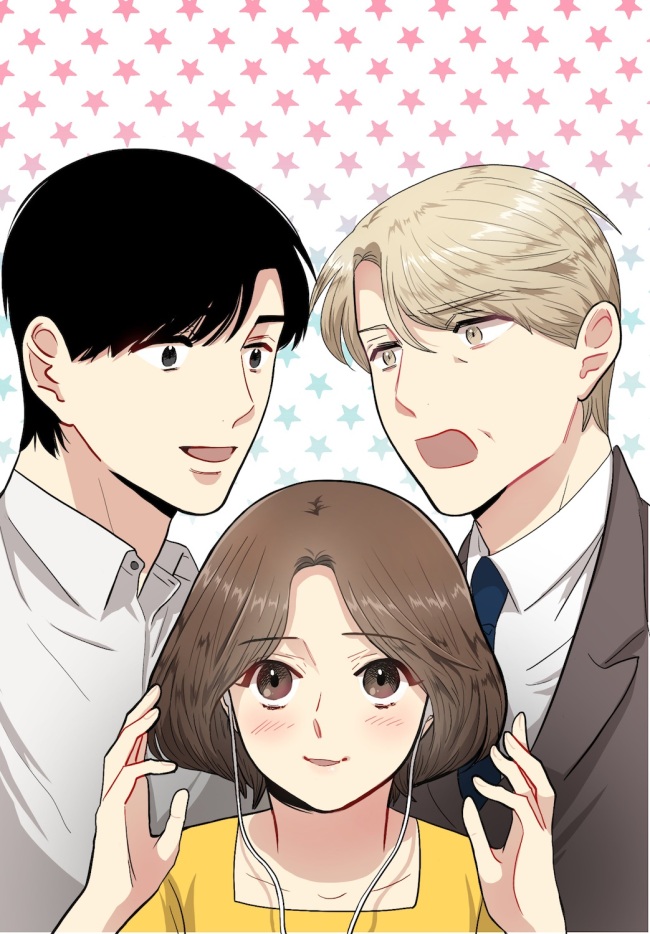 Daum webtoon “My Boss Dies Once a Day” is one of four Korean webtoons expected to be remade into a film in China. (Kakao)
The fonts and graphics of the original webtoons also undergo visual editing processes in order for the webtoons to look natural to the Japanese.

“Amanja,” or “Gankanja” in Japanese, one of the webtoons on Lezhin Comics’ Japanese platform, garnered 12 million views in total. It features the story of a 26-year-old cancer patient and was published as comic books that are sold in Japanese bookstores.

This is the last article in a series that explores the driving forces behind Hallyu and the global rise of K-pop culture. -- Ed.