The four-member group BlackPink made its official debut Monday with the electronic dance music songs “Whistle” and “Boombaya,” which are part of its single album “Square One.”

In less than a day, the two debut tracks not only dominated local music charts, but also topped those in Hong Kong, Finland and Indonesia, among other countries. Within two hours of their release, music videos for the songs also garnered a total of over 1 million views on YouTube.

“We try to accommodate our fans’ excitement about new releases from our artists,” said Yang Hyun-suk, the founder and executive director of YG Entertainment, at BlackPink’s debut showcase at MOSS Studio in Nonhyeon-dong, Seoul, Monday. 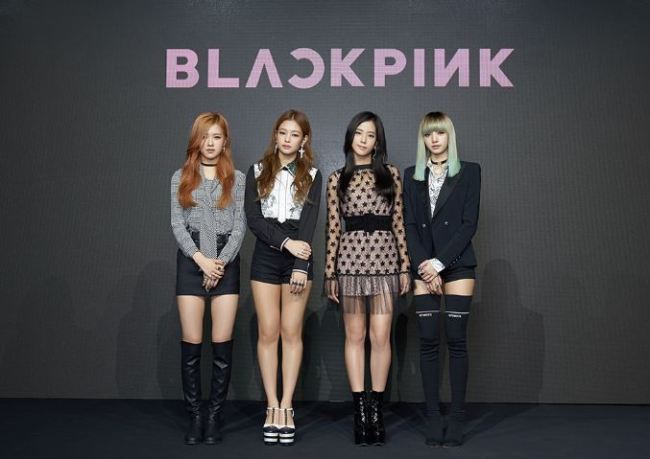 From left: Members of YG Entertainment’s newest girl group BlackPink -- Rose, Jennie, Jisoo and Lisa -- pose at a press conference in Nonhyeon-dong, Seoul, on Monday (YG Entertainment)
“However, before sharing our work with the world, we first focus on making sure that our musicians and producers are satisfied with their content,” he added.

Although this is the first time the group’s members are presenting themselves under the name BlackPink, they are not new to the spotlight.

The group’s main vocalist Park Chae-young -- who goes by the stage name Rose -- was featured in Big Bang member G-Dragon’s solo mini album “One of a Kind” in 2012.

In the days leading up to BlackPink’s debut, K-pop fans have commented on the group’s similarities to YG’s 2NE1, which also started out as a four-member act. 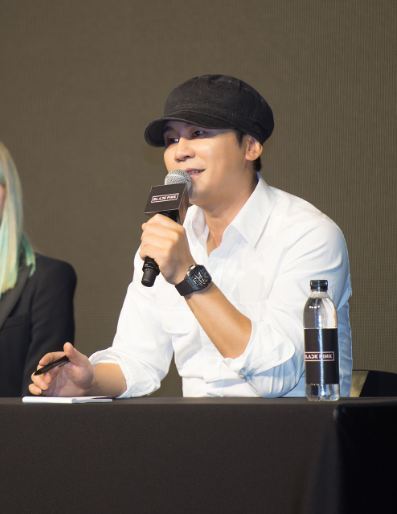 Yang Hyun-suk, YG Entertainment’s founder and executive director, speaks at a press conference in Nonhyeon-dong, Seoul, on Monday. (YG Entertainment)
“We do want to resemble 2NE1,” said Jisoo. “But we also want to try to develop our own style and taste.”

“For the past 20 years, we have tried to stay away from the mainstream by focusing more on skills and charisma, rather than looks,” said Yang. “However, this time, we wanted to give equal weight to talent and appearance.”

BlackPink will be releasing six more tracks and an additional music video as the group begins its promotional activities. Until then, Yang is eager to share what each member has to offer.

“I feel like I’m dropping off my daughters on their first day of elementary school,” Yang said nervously. “But I have watched them for the past six years, so I am confident that they will do well. I think the group’s performance on stage will speak for itself.”