Seoul Seobu Police said Saturday that a man in his 50s was accused of slapping a mom in the face while she was pushing a stroller carrying her baby. 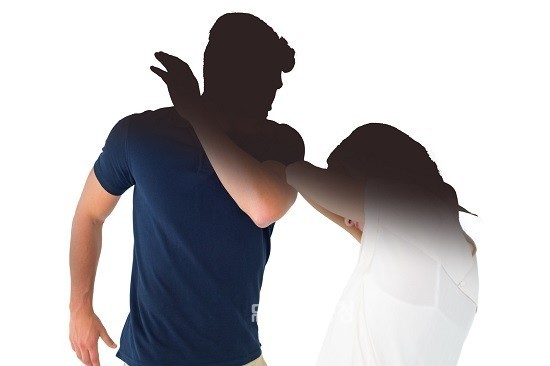 According to the police, the man was smoking at around 5 p.m. on July 30, near the entrance of Eungam Station in Seoul, when the woman asked him to put out his cigarette or go elsewhere.

They were caught on CCTV, with the man following the woman and slapping her on the face while she tried to cross the street at a crosswalk with a stroller, the police said. 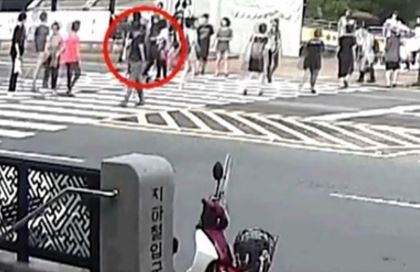 The CCTV footage released by the police
The police have applied to the prosecutor’s office on Monday for the suspect to be charged with injury through assault.

Such announcement came after its earlier decision to charge both sides with assault caused controversy online.

Based on the CCTV footage in which the woman appeared to push the man after she was hit, police officers at the site previously decided they assaulted each other.

The police’s decision went viral, even before the woman put up a post online arguing that it was unfair. Her action was widely viewed as self-defense, and online commenters questioned the police decision.

“I had to point out somehow that there was an error in the police judgment,” said the woman during an interview with CBS radio news on condition of anonymity.

During the Interview, she recounted the confrontation between herself and the man who assaulted her.

“He chain-smoked near the entrance to the subway station,” she said. The regulation states that smoking within 10 meters of all subway exits in Seoul is forbidden and punishable by a fine of 100,000 won ($90).

“The sign was clearly written on the bottom that it’s a no smoking area. You can’t miss it.”

She explained that “I told him that he couldn’t smoke unless he went somewhere else, and he started with all that swearing and seized me by the arm and slapped me right in the face.”

She added that “for adults, you can just hold your nose. But I can’t ask my 7-month-old baby to do the same, can I?”