According to the report released by the Seoul Metropolitan Government’s audit committee, just 2 percent of 68,446 cubic meters of groundwater was used to clean roads or recycled at public toilets and parks as of December 2014. More than 78 percent of groundwater generated daily was directly dumped into rivers, while the rest was sent to sewage disposal plants.

The city government said that about one quarter of the groundwater generated every day was sent to rivers due to “environmental reasons,” as it is not adequate to be filtered for potable use.

However, the report argued that Seoul’s groundwater was found to be of similar quality as tap water based on the current water analysis system.

The report added that groundwater has a stable temperature of 14 to 19 degrees Celsius throughout the seasons, which means it can serve as a resource for air conditioning and heating systems in buildings. 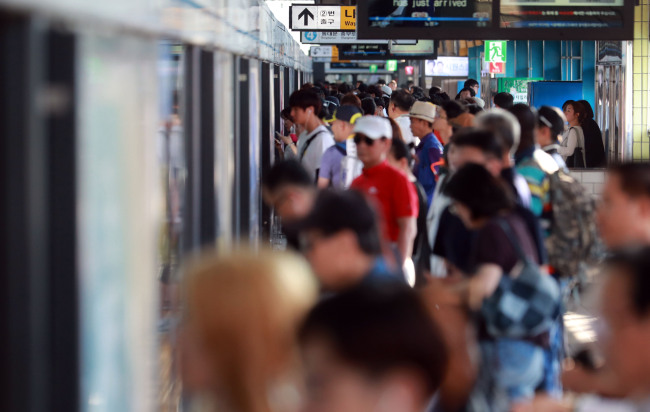 At some 20 subway stations at least 1,000 cubic meters of groundwater can be found at each daily. Reusing the resource could save up to 13 billion won in total, the report added.

In other developed countries, underground water is used for various purposes. Since the 1990s, the U.S. has been reusing groundwater to operate over 350,000 air conditioning and heating systems inside buildings. Japan has likewise seen energy costs savings of over 40 percent in public hospitals and city halls.

According to the Groundwater Act enacted here in 2013, the Ministry of Land, Infrastructure and Transport encourages places that release over 300 cubic meters of groundwater to utilize it in air conditioning or heating systems to boost “public welfare and the growth of the national economy.”