The Financial Supervisory Service made the announcement after conducting a credit risk analysis on 602 companies, which were selected out of 1,973 owing over 50 billion won (US$44 million) to banks and showed signs of financial health problems. 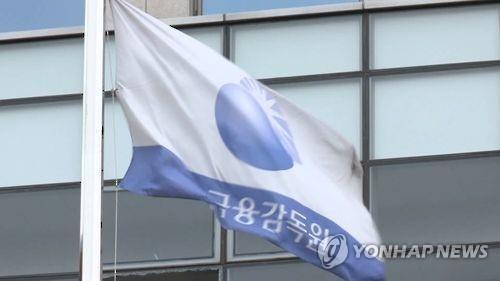 The FSS rated the 602 firms in a category ranging from A to D, with A and B being considered financially healthy. It put 19 companies in group D, meaning they should be placed on court receivership.

The three shipyards have been implementing massive restructuring programs to tide over mounting losses.

Earlier this month, the Seoul Central District Court began a rehabilitation process for STX Heavy Industries to prevent the company from being driven into insolvency.

STX Offshore & Shipbuilding also went into court receivership in May.

South Korea's major exporters, such as shipbuilders and shipping lines, were hit hard by the 2009 financial crisis and their businesses are still at rock-bottom levels.

It put Hanjin Shipping and Hyundai Merchant Marine in category C, along with 11 firms, meaning the companies should pursue business normalization by signing workout programs with creditors.

The FSS said the combined borrowings by the 32 C and D category companies came to 19.5 trillion won (US$17.4 billion), up 12.4 trillion won from a year earlier.

Meanwhile, banks put aside loan-loss provisions worth 3.8 trillion won in the first half of this year.

Last year, 54 companies were ordered to go under a debt-rescheduling program or a court receivership as they failed to meet the cash flow, interest coverage ratio and financial health requirements.

The interest coverage ratio is used to measure a company's ability to meet its debt obligations. If the ratio is smaller than 1, the company fails to meet the obligations with its operating income. (Yonhap)