South Korean customers can preorder the smartphone on the operators' web sites. Preorders for the newest Galaxy phablet can also be made at the mobile carriers' local retail stores. 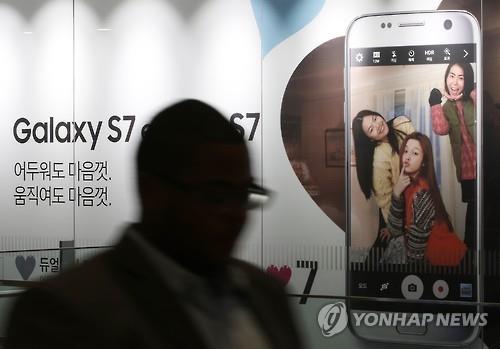 Samsung unveiled the phablet, the successor to the Note 5, in New York on Tuesday in a bid to keep up the momentum of its smartphone sales. The launch of the Galaxy Note 7 came ahead of the latest iPhone launch, expected in the autumn, and days after Samsung reported its biggest quarterly profit in more than two years thanks to strong sales of the Galaxy S7 smartphone series.

The new Galaxy Note features an iris scanner and an S-Pen that allows users to translate words. Adding an extra security feature, the iris scanner enables only the owner of the device to use the smartphone.

The Galaxy Note 7 is likely to sell better than its predecessors, which may help the world's largest maker of smartphones log decent earnings in the current quarter, industry sources said.