“I used to be very shy. I hated going to a new classroom and having to make new friends, meet new teachers and adjust to a new environment,” the actress said at a group interview at a cafe in Seoul Wednesday.

Son, 34, has come a long way from those days: She is a prolific performer with 19 films under her belt since debuting in 2000 and widely known for romantic roles in films such as “The Classic.” But preparing for her character in the historical drama film “The Last Princess,” directed by Hur Jin-ho and which opened in local theaters Wednesday, brought back memories of her childhood aversion to the unfamiliar, Son said.

Recalling those days, she immersed herself in the role of Princess Deokhye, the last princess of the Korean Empire who was shipped off to Japan following Japanese occupation of Korea. According to records, Princess Deokhye was tormented during her stay in Japan and was refused entry to her home country after Korea’s liberation due to political complications. She eventually became ill with schizophrenia, and disappeared into a shadowy chapter in history.

During her extensive research for the role, Son came across a black-and-white photo of the then 14-year-old Princess Deokhye just after she arrived in Japan.

“I imagined she must have been very lonely surrounded by Japanese students, being the princess of a collapsed empire,” said the actress.

In a documentary on Princess Deokhye which Son watched as part of her research, the actress learned that the royal carried around her own bottle of water, fearing that she may be poisoned. “It must have been such a restless life,” Son said.

It is the first time the story of the relatively little-known last princess has been dramatized into a film, a fact that weighed heavily on Son's shoulders. 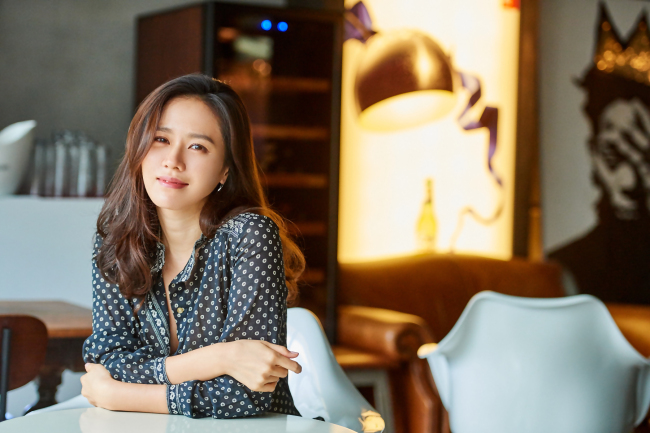 Actress Son Ye-jin poses for photos prior to press interviews on Aug. 1-3 for her recent film “Last Princess.” (Younghwain)
“I felt a huge sense of responsibility,” she said on playing the historical figure. “I didn’t want to glamorize her and I didn’t want to force emotion. I thought a lot about how to portray her truthfully and as a human being.”

In the film, Princess Deokhye is at once fragile, determined, lonesome, innocent, brave and helpless. The tense situation she was put in didn’t allow for self-actualization or growth, Son thought.

“I don’t think she had any other options, which is why there’s a passivity to her,” said Son. “She couldn’t overcome her yearning for her homeland, but she couldn’t adjust to the foreign environment, either. That’s what’s heartbreaking.”

Period films seem to dominate Korean theaters this summer -- Korean war film “Operation Chromite” opened last week and “The Age of Shadows,” set in the 1920s, and “The Map Maker,” set in the Joseon Dynasty, are due to open in the coming weeks -- but according to Son, “The Last Princess” stands out because of its focus on a complex female lead.

“I know how hard it is to find a film that places such importance on a female character and deals with her life’s journey,” she said. “I have no hope that I’ll come across another film like this for the rest of my career.”

Looking back over the past 15 years, Son said she has become more relaxed and attentive to others on set.

“When I first started out, all I thought about was my own acting,” she remarked. “I’ve never worked that hard at anything else in my life. I was never a good student. But I wrote acting notes every day and prepared for my next shoots diligently.

“I loved acting, and I wanted to be good at it,” said Son. Her 20s were spent poring over how she could better hone her craft. Now in her 30s, Son feels she is “moving onto a more mature stage” in her art.

“I’m able to look the person acting across from me and respond to that,” she said. “There are times when it becomes so lonely and painful, but I think I’m able to overcome them because I realize that the more fiercely you prepare for a role, the more the audience can feel it.”