Lawyer-turned-politician Tomomi Inada, 57, becomes the second woman to oversee the defence ministry after Yuriko Koike, who served briefly in 2007. Koike was elected governor of Tokyo on Sunday.

Inada, who replaces Gen Nakatani, was named to the post as part of a partial revamp by Abe of his cabinet after the LDP's big win in upper house parliamentary elections last month.

Her appointment came on the same day North Korea, a major security headache for Japan, fired a ballistic missile that landed just 250 kilometres off its coast -- hitting Japanese-controlled waters for the first time. 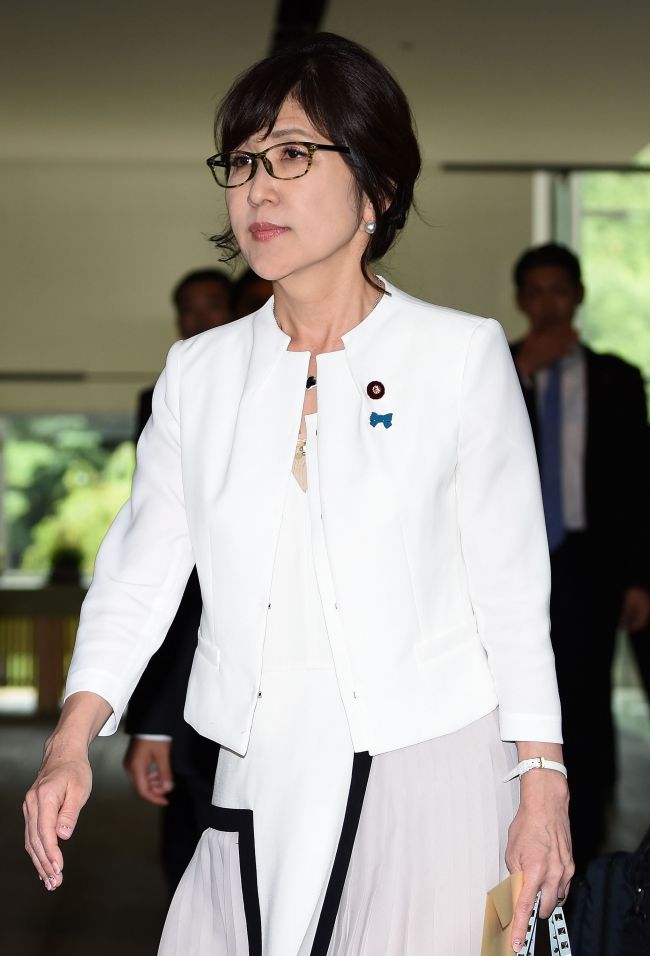 New Defence Minister Tomomi Inada walks out after meeting with Prime Minister Shinzo Abe at his official residence in Tokyo on Wednesday. (AFP-Yonhap)
Inada, a mother of two children, has a history of irritating Asian neighbours such as China and South Korea.

She has been a regular visitor to Tokyo's contentious Yasukuni war shrine and has played a leading role in an LDP study group launched last year to review Japan's history, reportedly taking up contentious issues such as the Nanjing massacre and the Tokyo war crimes trials.

In 2011 she and two other conservative Japanese politicians had planned to visit Ulleung island, the closest South Korean territory to the Seoul-controlled Dokdo islands in the Sea of Japan (East Sea), which are known in Japan as Takeshima.

They flew to a Seoul airport to push Tokyo's claim to the disputed islands and refused to fly back home for hours after their entry to South Korea was denied.

Japan is also embroiled in long-running territorial disputes with China and Russia.

Abe also tapped Suga, his right-hand man, to stay on.

Besides Inada, other new picks include Hiroshige Seko for economy, trade and industry minister and previous environment minister Tamayo Marukawa as the minister in charge of the 2020 Tokyo Olympics. (AFP)