[THE INVESTOR] The Korean government will review Google’s recent request asking its permission to carry map data out of the country amid public concerns about the possible outflow of national wealth.

The National Geographic Information Institute, together with seven other government offices, will hold a meeting to discuss the issue on Aug. 12, with the deadline for the final decision set for Aug. 25. 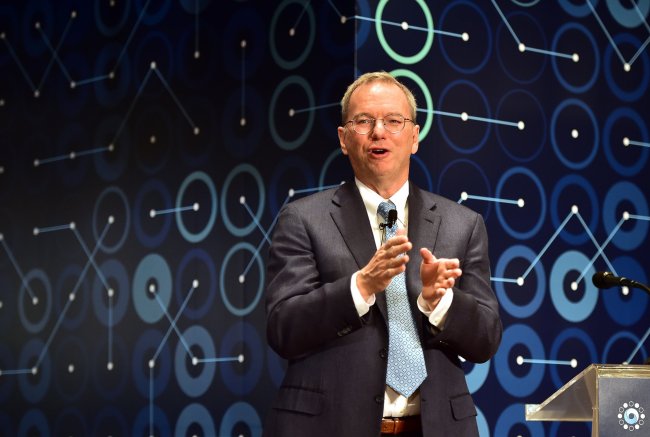 Eric Schmidt, executive chairman of Alphabet, the parent company of Google, visited Seoul in March to watch the human-AI Go match. The Investor

The US Internet giant is requesting permission to carry a precise 1:5,000 scale map data -- the most detailed among all data currently available in Korea -- outside the country. But the institute has declined the request, citing national security.

This is Google’s second attempt to make the request following the first one made in 2010. The company has claimed it aims to offer better Google Maps service worldwide.

But the Korean government is not allowing the company to use the map data for its mapping service offered outside Korea.

In the meantime, Google is resisting a government request to remove some facilities related to national security in its mapping service. The company is also skeptical about setting up its own data center in Korea, saying the services are offered based on its cloud platform.