Ewha Womans University students Monday held their fifth consecutive day of protest against the school’s decision to open a degree-bestowing program for working women without prior experience of higher education.

The program, named Future LiFE (Light up in Future Ewha) College, is set to provide official bachelor’s degrees pertaining to “new media production,” “wellness” and “hybrid design” after a certain period of instruction. The details regarding acceptance standards for newcomers and the duration that they will receive instruction have not yet been specified by the school. 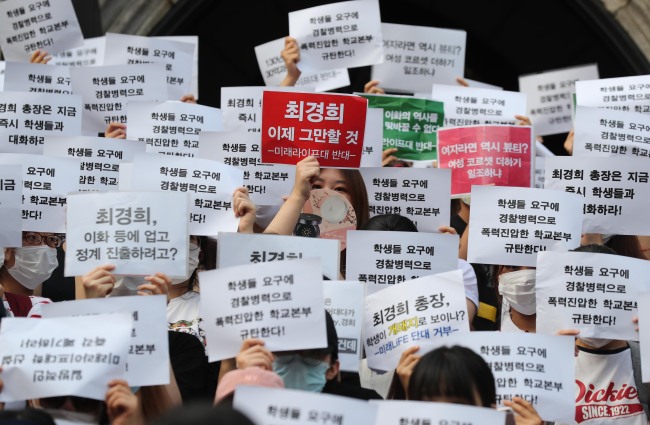 Ewha Womans University students hold a rally Saturday condemning the school’s mobilization of police against their protest. (Yonhap)
The school administration plans to accept 150 students without college diplomas annually under the new program starting from 2017.

Since the announcement was made Thursday the Ewha students have launched protests against the decision, claiming the school is “reproducing the exact hierarchy of elitism” by insinuating that a degree is paramount proof of practical expertise, and that the school is “giving away Ewha’s 130-year history for some 3 billion won ($2.7 million) profit” without including the students in the decision-making process. 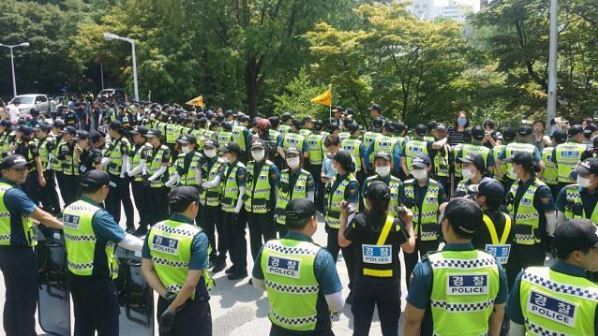 (@save.our.ewha Instagram)
The number of protestors are on the rise each day as the school refuses to cancel its plan.

At 7 a.m. on Monday, more than 700 students filled the main university building, calling for a dialogue with university dean Choi Kyung-hee, who is accused of abusing her authority by requesting police intervention in the students’ protest.

Some 1,600 police officers were dispatched to the student protest Saturday to break the siege that had kept seven faculty members locked inside the school grounds. Students claimed they were injured due to “unnecessary use of force” by police.

A number of professors from the university took side with the students in condemning the school for its “unilateral and hostile” attitude, jointly signing a statement Monday.

Police said they were sent to “bring out those who were locked in, not to arrest or disband the protesting students” and that they “hope the students and the school administration will reach an amicable consensus.”

Seo Hyuk, the dean of academic affairs at Ewha who had been among those held on campus, said some of the staff had been facing medical emergency situations after 46 hours of confinement. Twenty-three distress calls were made to the Korean emergency hotline 119 for rescue before police came. 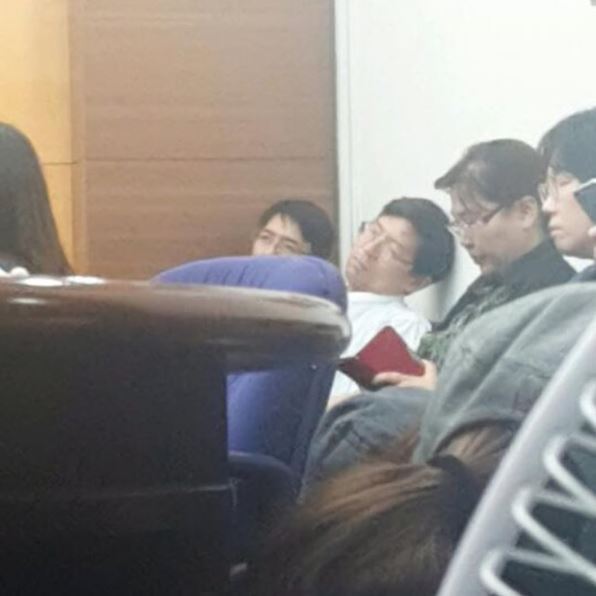