“The Last Princess” provides a refreshing change from typical dramas about the Japanese occupation of Korea, which are usually intent on delivering a message of patriotism, and tend to be heavy-handed in their emotional arcs.

This film has been handled by a director who is sensitive to the inner turmoil of characters, understands that a muted approach can often evoke greater emotions, and weaves an intensely personal story into historical context. 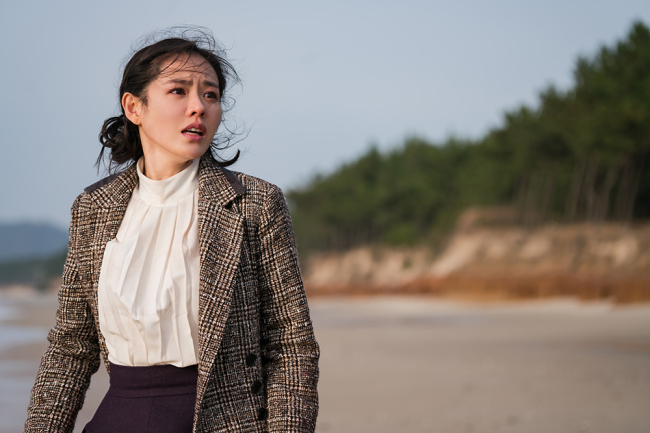 Actress Son Ye-jin stars in “The Last Princess.” (Lotte Entertainment)
The film revolves around the life of Princess Deokhye (Son Ye-jin), the last princess of the Korean empire and youngest daughter of Emperor Gojong. Beloved by the royal family and prized by the people, Deokhye grows up as a young girl in the confines of the quaint Changdeokgung Palace in Seoul.

As the Japanese occupation gains its foothold, the princess is sent to Japan at the tender age of 13 under the pretext of “studying abroad.” There, accompanied only by her faithful handmaiden (Ra Mi-ran), Deokhye spends her days painfully homesick and being politically used by the Japanese.

One day, Kim Jang-han (Park Hae-il), who had been picked to be Deokhye’s future suitor during her childhood, appears in Japan. Having enlisted in the Japanese army as a spy, he begins to conduct a mission to smuggle the princess out of the country. 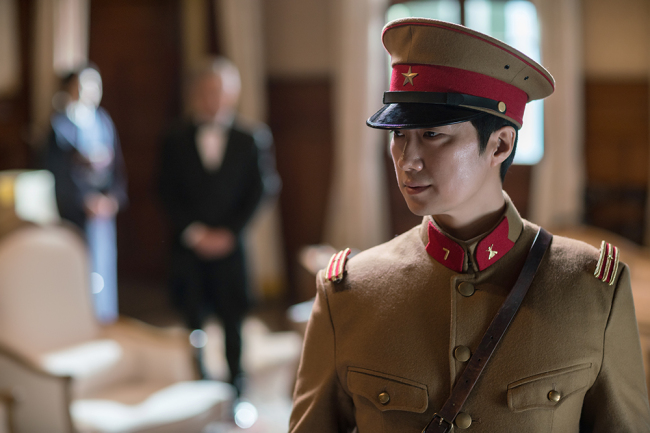 Actor Park Hae-il stars in “The Last Princess.” (Lotte Entertainment)
The film, though based on historical events, does not aim for complete accuracy. No records of Kim are left after his engagement to the princess was broken off due to the Japanese, who married Deokhye off to Count Takeyuki So, a Japanese aristocrat.

But Kim plays a pivotal role in this film, protecting the princess with the devotion of a soldier and the adoration of the people. This loyalty and affection are portrayed with deft skill and subtlety by the talented actor Park. The secret operation he leads has a taut tension that counterbalances the story’s emotional arc.

The core of the film lies in actress Son, who herself invested 1 billion won ($900,000) in the film and once again proves herself a sensitive and technically refined performer. She paints a moving portrait of the princess -- frail, determined, loyal, confused and heartbroken.

Historical documents say Deokhye was overcome with schizophrenia upon her transfer to Japan in teenage. Here, her deterioration is dealt with in a different, yet significant way. She is portrayed as developing the mental illness shortly after she had her first baby, a year after her marriage in 1931.

The film was helmed by director Hur Jin-ho, best known for his 1998 “Christmas in August,” which has since become a classic Korean romantic comedy.

In this latest film, Hur personifies a painful period of Korean history in the last princess, showing through her personal journey what was lost, what can never be recovered and what had to be done to move forward.

“The Last Princess” opens in local theaters on Aug. 3.