AR, in fact, is nothing new. But the game has brought the technology another step closer to reality, pushing companies and governments to commercialize AR by integrating it with unique content. 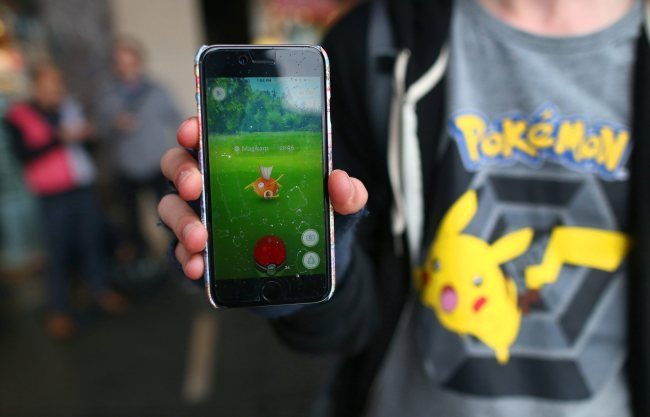 In movies and science fiction, AR -- the incremental technology from virtual reality that can be further developed into holograms -- has been portrayed as a valuable tool for strategy-making, problem-solving and search and rescue.

Ethan Hunt uses the technology on the windshield of a BMW concept car to find the fastest route to track down his enemies with a key to detonate a nuclear bomb in “Mission: Impossible -- Ghost Protocol.”

In “Star Wars: A New Hope,” Luke Skywalker accidently discovers a holographic message for help that ultimately leads to him becoming a Jedi Knight. Another famous sci-fi movie, “Minority Report,” shows its main character using AR to hunt down and catch future criminals before they commit a crime, while Neo in “The Matrix” fights agents in a virtual world. Billionaire Tony Stark also uses the technology in his suit of armor to fight enemies in “Iron Man.”

Like these great movies with great characters using futuristic technology to solve problems, AR alone cannot do the trick and appeal to the masses. The technology needs content and stories as strong as “Pokemon,” “Star Wars” or “Iron Man” to be “alive.”

Governments and companies can put a lot of money into developing the technology, but without a story to tell, even highly advanced AR that could wow the world would be useless, industry sources say. And this is what Korea should be investing in -- developing quality characters and stories.

“What people must understand is that that it takes a considerable amount of time and money to develop a well-made product, and most of that goes into creating content or stories,” said Park Sun-uk, the chief executive of local AR start-up Circus Company.

Nintendo is a prime example. It was the simple story of the Mario brothers -- who need to save a captive princess from a monster -- that made Nintendo’s game console technology a huge success in the ’80s.

“Pokemon” monster characters and their stories were also years in the making through the ’90s animated TV series.

Based on this strong storytelling fundamental, Nintendo and Niantic, a former unit of Google, were able to create successful content using AR.