[ The Korea Herald – Send E-mail ]
‘Sarong Party Girls’ takes an exciting plunge into the lives of modern Singaporean women
By Rumy Doo
Published : Jul 27, 2016 - 13:17
Updated : Jul 27, 2016 - 15:29
Pineapple tarts. The thought of those flaky butter cookies topped with pineapple jam made Cheryl Lu-Lien Tan’s stomach churn. She craved the taste of them. And she had a hunger for home.

It was early 2009, a few weeks before New York Fashion Week. Tan, a fashion writer for The Wall Street Journal at the time, had plenty on her plate, except for her grandmother’s cookies.

She didn’t know how to make any of her favorite food from her homeland. So she took a break, traveling to the kitchens of her grandmother and aunties in Singapore. She invested time to research, observe and explore, before returning to New York to cover the model-filled runways. This sparked her memoir, “A Tiger In The Kitchen,” published in 2011.

It was through that experience that Tan realized she needed to explore her identity more deeply -- as well as the identity of the modern Singaporean woman. What emerged, five years later, was Tan’s first fiction novel, “Sarong Party Girls,” published this month.

Tan tells an exciting and dizzying account of Jazzy, a determined Singaporean woman with a plan: to marry a Caucasian man with good looks, but most of all, lots of money. At first glance of the book’s title and cover, readers might think Jazzy’s storyline will teeter between a 90210 meets Sex and the City mash-up set in Singapore. 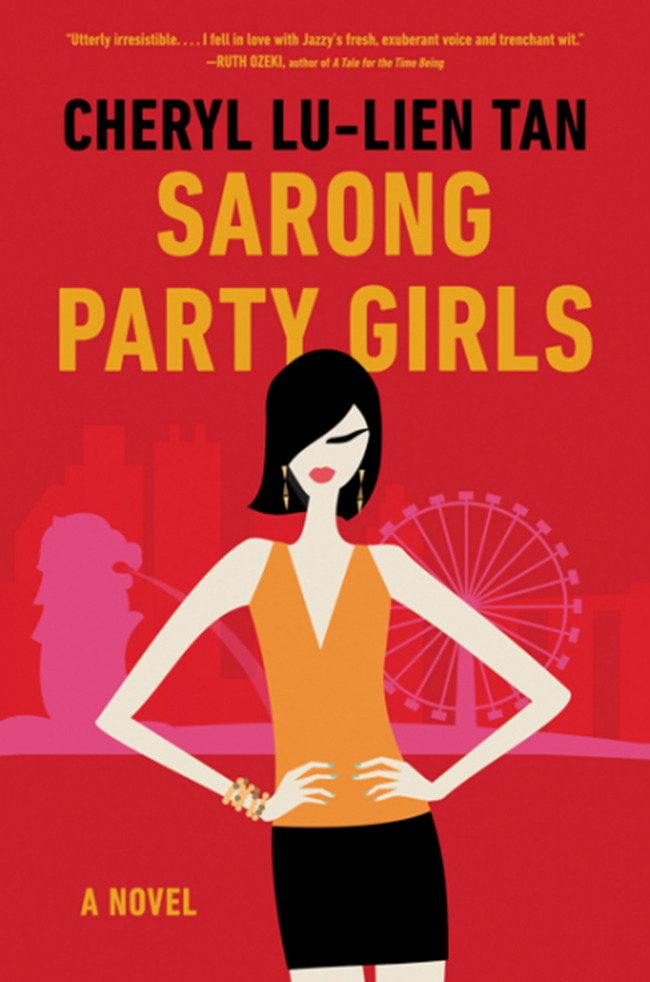 "Sarong Party Girls” by Cheryl Lu-Lien Tan (HarperCollins-TNS)
But although Jazzy enjoys her time clubbing and hooking up, there is much more to Jazzy than her proud claim of being a Sarong Party Girl. Tan explores the conflicts of identity and societal forces for modern Singaporean women, amplifying a voice that is often muted.

She decided to write the novel in “Singlish,” which is English infused with Malay and Chinese words.

“I was thinking that this is a language we all grew up speaking, and it is very dear to our hearts, and it says who we are, so why not write like we speak?” Tan said in a phone interview from New York, where she lives.

“I kept thinking it was very risky when I was writing it, but the character of Jazzy was very clear to me from the beginning,” she said. “I wanted her to feel real to people, I wanted people to get an immediate sense of who she is, and the best way to do that is through her language and her voice.”

Singlish is widely used in informal settings, but in the past, the Singaporean government has tried to stop the language for good. In April 2000, the “Speak Good English Movement” encouraged Singaporeans to speak proper Standard English. Despite the efforts of the movement, Tan writes in her author’s note of “Sarong Party Girls,” “fortunately, Singlish has turned out to be like a weed -- it lives on.”

Tan explains that Singlish is not found much in Singaporean books aside from its use in character dialogue or in some poetry. To readers unfamiliar with the language, it is easy to pick up and does not distract from the story. Rather, as Tan puts it, Singlish becomes its own character, giving a lyrical rhythm full of attitude to the exchanges between Jazzy and her friends. 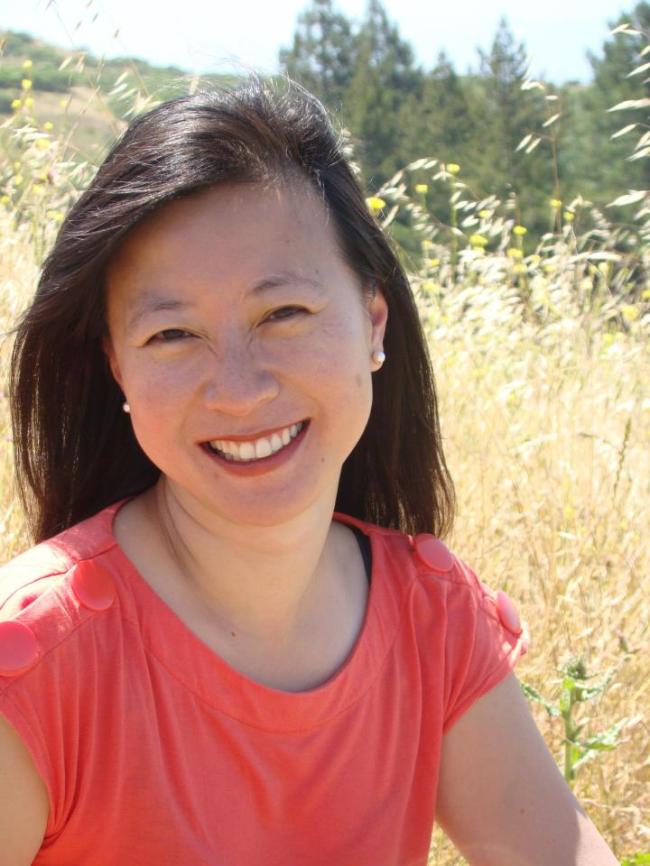 Author Cheryl Lu-Lien Tan (Author’s Facebook)
“There was no way,” Tan said, “for ‘Sarong Party Girls’ to exist without Singlish.”

This use of Singlish adds to Tan’s main theme and question of the novel: What is it like to be a modern Singaporean woman? This question has been bouncing around in her mind for years.

While growing up in Singapore, Tan found herself intrigued by the Sarong Party Girl scenes she witnessed at bars, and how some women would embrace the derogatory label.

“It’s fascinating to have this subculture that buys into materialism and such status-conscious behavior and to think about how race fits into all of that,” Tan said. “I wondered, who are the people in this cosmos and what drives them? And what does it say about modern society?”

Tan explores this question of identity and status through the character of Jazzy, placing her in serious and often upsetting situations as she tries to fulfill her Sarong Party Girl goals. Such instances involve sexual pressures and harassment at work and a visit to a karaoke lounge where prostitutes work.

“I sort of look at Jazzy as an onion -- that on the surface you see her as such a shallow party girl, but she’s not,” Tan said. “There are forces in society that are driving her to do this.”

One societal force depicted in the book is the infidelity of men. Jazzy resists and turns down her society’s idea that married men can cheat on their wives and have secret families with their mistresses.

To avoid this heartache, Jazzy swears off Asian men and hopes to snag a foreigner who is not in tune with society’s acceptance of cheating.

“When I was writing that passage, I was hoping that it sounded like Jazzy, but it was sort of like every modern woman in Singapore was speaking,” Tan said. “I hope through the book the reader finds that Jazzy is not a one-dimensional person.”

Today, when Tan is wishful for her grandmother’s pineapple tarts, she can now make them herself, and has shared the recipe in her memoir. Similarly, she has shared a new recipe of sorts in “Sarong Party Girls.” A recipe of the life of modern Singaporean women, including complex ingredients entrenched in society.

The flavor of this novel is robust, offering a taste to an audience that is willing to learn more about modern Asia, and to look beyond what first meets the eye. Tan is quick to urge that readers don’t see “Sarong Party Girls” as a chick-book, but as a read that holds much more.

“The things Jazzy goes through are quite serious, and this book is trying to say something serious about the life of women in modern Singapore.” Tan said. “I hope that people pick it up knowing that.”