From a sudden rise in consumer spending at select Pokémon-appearing cities in Korea to the launch of Pokémon-inspired hotels, tour packages and goods, the smash-hit game appears to be leaving a notable imprint on the local retail sector. 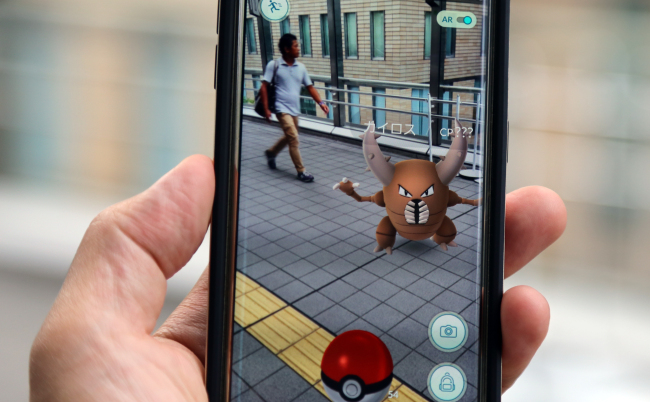 “Pokémon Go,” produced jointly by Nintendo and U.S.-based Google spinoff Niantic, Inc., is a GPS-based mobile game that has users running through real-life locations to discover and collect virtual monsters, such as the all-famous Pikachu, via their smartphones.

Though the game has yet to officially launch in Korea, it has been operational in parts of the country, including Sokcho of Gangwon Province since mid-July and most recently parts of Ulsan and Busan, where the game’s GPS signal is active due to technical glitches.

Eager to play, hundreds of avid Pokémon fans here have been flocking to such locations in the past few weeks, boosting business at local retailers in the region and prompting online retailers to introduce an array of Pokémon-inspired products.

Among the biggest beneficiaries are convenience stores in Sokcho which have been enjoying a sudden sales boom thanks to peaking demand for cell phone battery charging services as well as portable battery chargers.

CU, the nation’s top convenience store operated by BGF Retail, said its outlets in Sokcho saw their sales from July 11-17 almost double compared to the previous week, thanks to the legions of “Pokémon Go” players in the area.

During the period, sales of “battery charging” services at CU stores in Sokcho rose by 388 percent from the week before while sales of small electronic devices including portable batteries and earphones rose by 82.4 percent, BGF Retail said.

Game players to Sokcho have been frequenting convenience stores in the area to rest and stock up on necessities such as ice, ice cream and water to fight the summer heat as well, boosting their daily sales, a CU official said.

Meanwhile in Busan, the beachside Haeundae Grand Hotel has partnered with Pokémon Korea Co. to offer specialized Pokémon-themed rooms, merchandise and eateries that tug at the hearts of local fans.

11st Street is even holding a promotional event inspired by “Pokémon Go” — dubbed the “11Mon Go,” in which users can find and collect “11Mon” character while shopping on the website. Those who collect all the characters are eligible for prizes including round-trip bus tickets from Seoul to Sokcho, according to 11st Street.