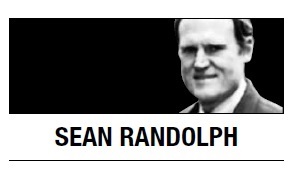 Every day a parade of presidents, cabinet ministers, government officials, academics, journalists and countless business leaders passes through the San Francisco Bay Area. They come from every corner of the world, but particularly from Europe and China, looking to understand how innovation happens in the region, and why so many world-leading technology companies come from there. Essentially they’re looking for the future, believing that much of the world’s economy will be shaped by what’s happening in Silicon Valley today.

There are reasons for this and for why the region has become the world’s center point for technology innovation and entrepreneurship.

Those assets are attracting large companies from around the world -- many of which have opened R&D laboratories or innovation offices -- and also a large numbers of entrepreneurs. The large companies come to be where the cutting-edge of technology is emerging. The start-ups come to access capital, scale to global markets and to test their ideas on the world’s most competitive platform.

All of them are part of a community -- an ecosystem -- where anyone can participate and ideas are continuously tested and shared.  In the end, the Bay Area is less a geography than a global marketplace for ideas -- an innovation platform where countries and companies come to leverage the region’s resources and connect.

Europe has a large presence in the region, through government offices, business organizations, and accelerators host hundreds of entrepreneurs.  China and India also have a massive presence through tech workers, expatriate business leaders, investors and start-ups.

As a major trade and investment partner, Korea is also present.  Samsung has opened a research center, and last year the Korea Innovation Center opened in Silicon Valley, joining the ranks of government offices that connect their companies to the region’s innovation ecosystem.  This links to President Park Geun-hye’s national innovation initiative and to Korea Innovation Centers in other key technology centers around the world.

Korea will benefit as it looks for innovation-led growth. To fully benefit from the assets that the Bay Area and Silicon Valley offer, continuous engagement is required. Korea has taken important steps toward becoming a significant player in the region. To continue to stay at the forefront of technology, and promote innovation and entrepreneurship, it should continue on that road.