According to news reports, the Korean firm plans to build a new camera module plant in Haiphong City, Vietnam, with the full capacity operation scheduled to start from 2018. 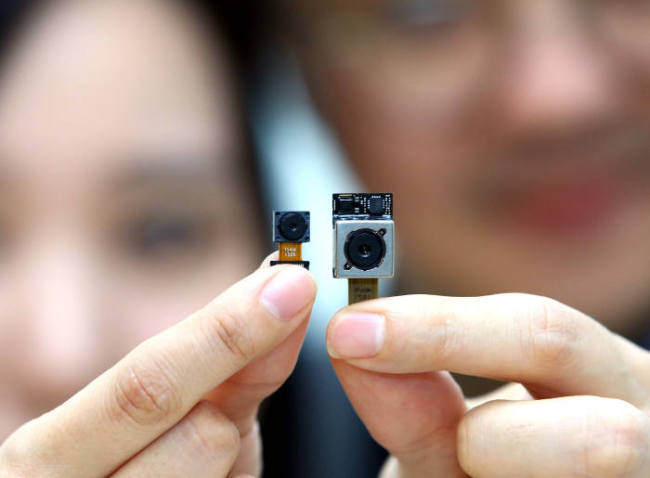 LG Innotek’s camera modules. LG Innotek
“Apple has requested LG Innotek to newly establish a camera module plant in Vietnam where labor cost is much cheaper than China,” an unidentified industry source was quoted by local papers on July 13.

“LG Innotek plans to begin the mass production of the camera module by 2018,” the source added.

But LG Innotek denied the report.

“The company has been considering to build a new camera module plant, but specific details like location and schedule have not been decided yet, and the news reports on Apple’s pressure are groundless,” Jeong Jae-wook, a public relation representative, said.

A long-time camera module supplier for California-based Apple, LG Innotek is said to have been picked as the sole supplier of camera modules for Apple’s next flagship smartphone iPhone 7 after Sony of Japan suffered from production glitches at its plant in Kumamoto due to the recent earthquakes.

In June, the Korean firm started to roll out dual-lens camera modules for the iPhone 7 to be released in the latter half of this year.

The electronic components business arm of LG Group(chairman Koo Bon-moo) currently produces camera modules at its plants in Gumi and Gwangju -- both in Korea -- and Yantai, China.