Korea's popular comedian and show host Yoo Jae-suk will be the latest celebrity of the country to have a wax sculpture made of himself, a PR firm said Wednesday.

Grevin Seoul Museum will make a lifesize wax figure of Yoo to celebrate its first anniversary, according to PR company Hahm Shout. 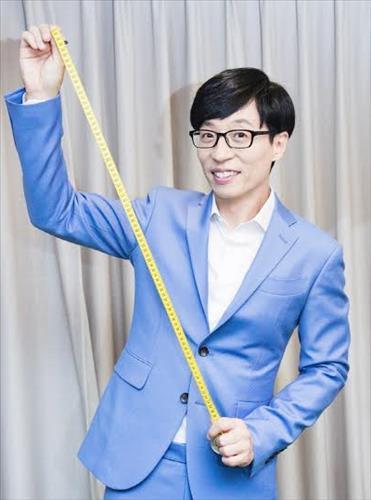 (Yonhap)
The museum's selection committee, Grevin Academy, consisting of various experts in the culture and entertainment industries, chooses a celebrity based on a star's "public recognition, preference and cultural influence." It added Yoo has been chosen unanimously by the committee for the first time for a comedian and a show host.

Artists from France's Grevin Museum measured his body last Wednesday to create a clay sculpture and make a mold. It will take a team of 15 people about six months to complete the prop.