[ The Korea Herald – Send E-mail ]
Women’s presence in politics still limited in South Korea
By Claire Lee
Published : Jun 21, 2016 - 16:59
Updated : Jun 22, 2016 - 09:15
While the 20th National Assembly has the highest proportion of seats held by women in its history, at 17 percent, gender disparity was still prevalent during the general election in April, a study showed Tuesday.

The study, organized by a group of former and current women politicians, found that only 10.5 percent of all 934 nominated candidates who ran for constituency seats were women.

Among the 51 women who secured seats in the parliament, 25 of them were elected by proportional representation.

“Both the ruling and the opposition parties had initially pledged that they’d allocate 30 percent of all nominations for assembly constituencies to women, but it never ended up happening,” researchers for the group wrote in their report. 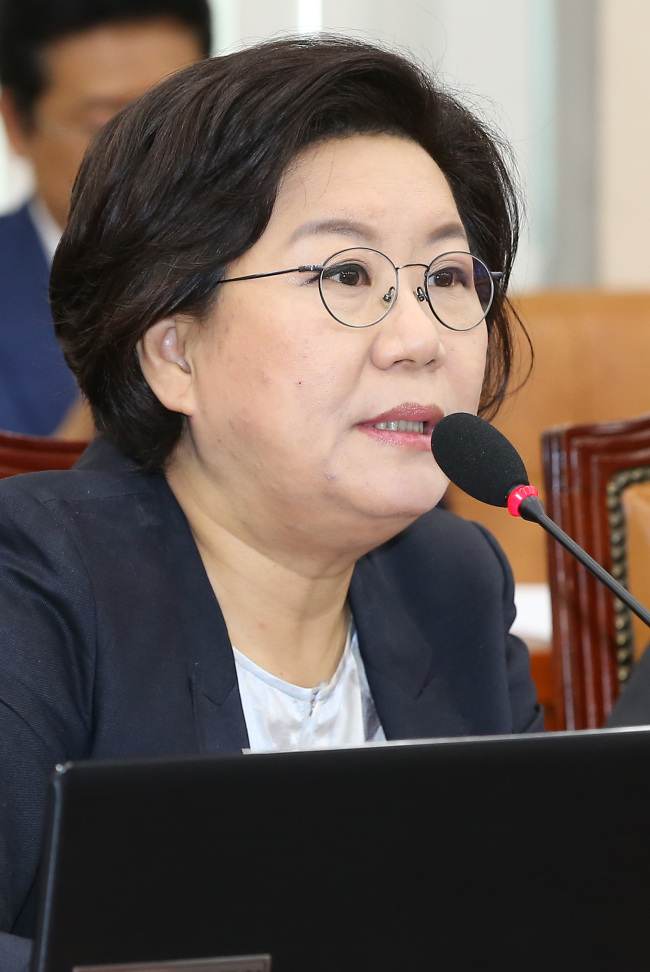 Rep. Lee Hye-hoon of the Saenuri Party. (Yonhap)
Researchers also found that almost 90 percent of the 26 women who won the constituency seats, including Rep. Nam In-soon from The Minjoo Party of Korea and Rep. Lee Hye-hoon from the Saenuri Party, had run in the Seoul metropolitan area, suggesting that “gender disparity may be more prevalent in regional politics,” said Choi Seon-young, a researcher at the organization. 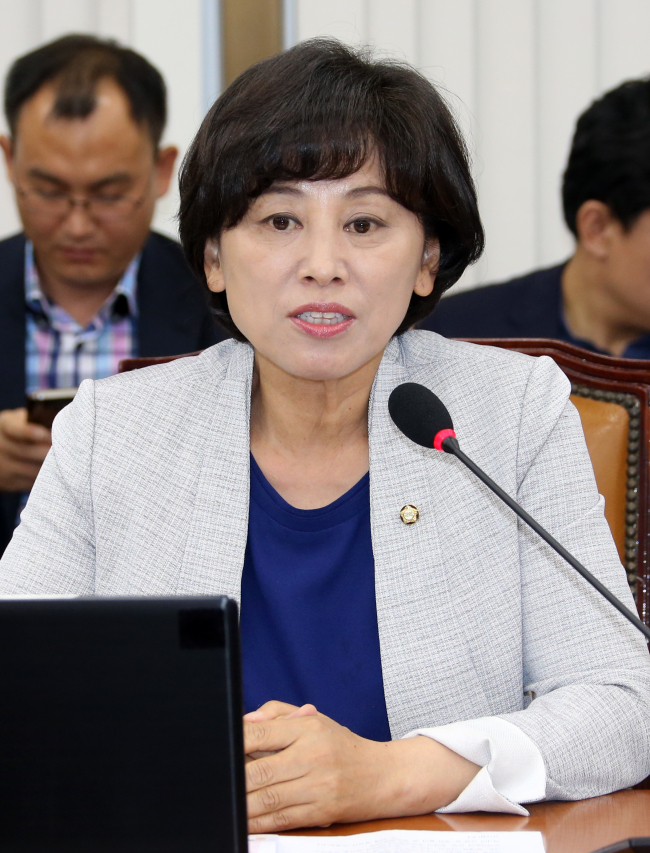 Rep. Nam In-soon of The Minjoo Party of Korea. (Yonhap)
The only three female politicians who won constituency seats outside the metropolitan area are Rep. Kwon Eun-hee from the People’s Party, who ran in Gwangju, Rep. Cho Bae-sook from the same party, who ran in Iksan, North Jeolla Province, and Rep. Kim Jeong-jae from the Saenuri Party, who ran in Pohang, North Gyeongsang Province. Rep. Cho Bae-sook of the People’s Party. (Yonhap)
Also, none of the 33 candidates who did not belong to the four major parties -- the Saenuri Party, the Minjoo Party of Korea, the People’s Party and the Justice Party -- were able to win a seat.

“This shows how hard it is for women to win seats as either independent candidates or members of smaller parties,” researcher Choi told The Korea Herald.

“Also, the fact that parties avoid nominating women for constituencies means that there’s gender disparity within the parties. We also assume that the lack of resources and mentoring programs for aspiring women politicians who are based in remote regions is a contributing factor.”

The organization also surveyed 909 Koreans aged 19 or older on women’s presence in Korean politics as well as the results of the 20th general election held in April.

Researchers found that 69.5 percent of participants think that women are not participating enough in politics, despite Korea being a developed nation.

When asked why they think women are being underrepresented in parliament, the biggest proportion of the participants -- 26.6 percent of them -- said it’s because “(many) Koreans don’t feel comfortable with women politicians.”

Meanwhile, 24.5 percent said it has to do with the public’s prejudiced thoughts that male politicians are “supposed to be more capable” than their female counterparts.

Currently, Rwanda and Bolivia have the highest number of seats held by women lawmakers in their national parliaments. While women lawmakers hold 63.8 percent of all congress seats in Rwanda, women account for 53.1 percent of all congress members in Bolivia. South Korea currently ranks No. 108, while North Korea is not far behind at No. 114 on women’s representation in national parliaments, according to data compiled by the Inter-Parliamentary Union.