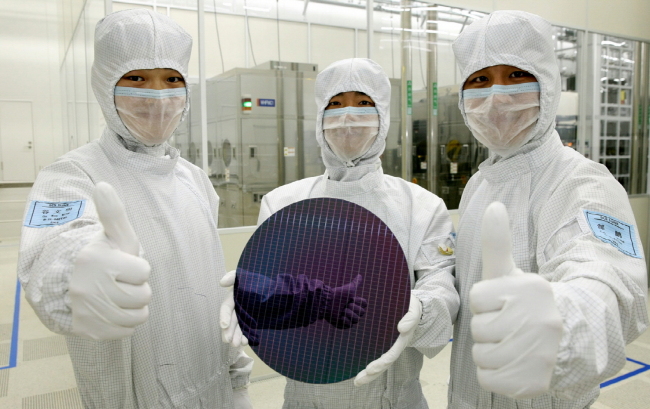 Such technology is said to have played a core role in Taiwanese chip maker TSMC winning a deal to supply its chips for Apple’s next flagship smartphone. It enables chip makers to pack multiple chips in one package, a technology often dubbed as “system in package.”

The workforces of Samsung Electronics’ system LSI -- a division in charge of producing non-memory chips -- and Samsung Electro-Mechanics will join the project to launch the IC packing business.

Following a series of tests, the IC packaging factories will go into full operation in the first half of next year.