The decision came after a request from the Korea Chamber of Commerce and Industry that cited it as a way to boost tourism and domestic consumer demand. 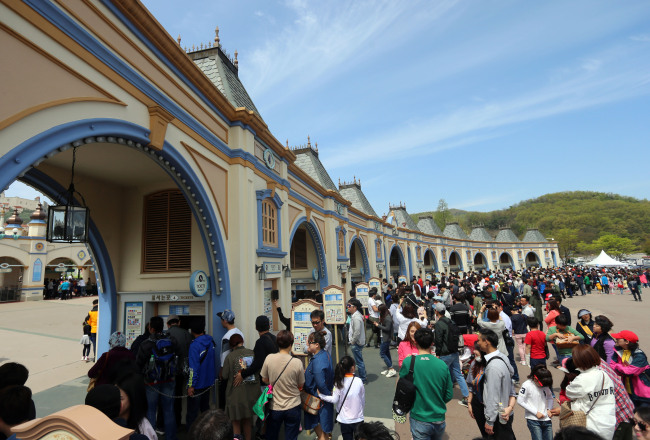 Yonhap
This is the 58th extra holiday designated by the South Korean government.

The Cabinet, in a meeting presided by President Park Geun-hye, said all toll fees will be exempted on highways nationwide on May 6. Families who travel with three or more members will get a 20 percent discount on railways, while tickets for Korea Baseball League games will be 50 percent off. Entrance fees for palaces, national museums and parks will also be waivered throughout the extended weekend.

Previously, the Park Geun-hye administration had designated a day before the Aug. 15 Liberation Day last year as an extra holiday.

The latest decision, however, prompted criticism for being sudden.

“I am not happy at all,” said Kim Min-seong, 37, a doctor at a Seoul hospital. “As my hospital does not take temporary holidays off, and the nanny for my two babies will be off, I am at a lost as to what to do,” Kim said.

Lee Jong-bin, 45, said he had to scramble to change the date for his move that was originally scheduled for May 6. It involved rescheduling with a bank, a mover and a real estate agency.

“It would help more to serve the purpose of propping up domestic demand if the decision is made more in advance,” he said. “Personally, it just shows how inconsistently this country is running.”

Another citizen, Yoo Jeong-ho, 27, however, said she welcomed the additional day off. “I don’t care if was made at the last minute. A day off is always welcomed.” She said she plans to make a quick trip to Gangwon Province with her friends.

Industry sources said distributors are also scurrying to offer more discounts to boost sales. Hyundai Department Store, for instance, said it will provide various cultural programs at its 15 stores and four outlets, and expand by 30 percent the stock of their discounted items.

“It is hoped that you will make this an opportunity to boost the morale of the people and greatly contribute to revitalizing tourism and domestic demand,” Park told her Cabinet members. “I also urge you to take great care in helping to resolve problems that the extra holiday may cause to small and medium-sized businesses and working parents that use childcare centers.”