The film, set to be released by Netflix in 2017, is the most recent project of director Bong, whose previous feature “Snowpiercer” achieved worldwide critical acclaim.

“I wanted to tell a story about the beautiful friendship between humans and animals and the fear that exists there,” Bong said on “Okja.”

The film follows the story of a young girl, Mija, played by the 12-year-old Korean actress Ahn Seo-hyun, who fights to save her friend Okja, a genetically manufactured pig from being kidnapped by multinational companies.

Tilda Swinton will play the head of the corporation and her twin sister, while Paul Dano will star as an animal activist seeking to expose the corporation’s secret project to produce genetically modified animals. 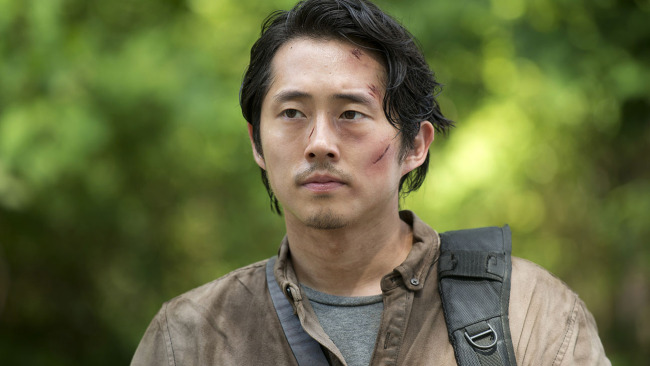 Actor Steven Yeun in U.S. TV series “The Walking Dead” (AMC)
“Okja” will shoot in South Korea, Canada and the U.S. in both English and Korean. It is being produced by Plan B, a production company founded in 2001 by actor Brad Pitt.