Since long ago, tea in Korea has been associated with medicinal effects. Many ingredients in traditional concoctions, such as ginseng, overlap with those used in tea.

Besides green tea, there are many other types of tea enjoyed in lieu of water, as desserts and as healthy drinks.

Another common one here is barley tea, known as bori-cha in Korean. Made by steeping roasted barley, the tea is enjoyed both hot and cold, and substitutes drinking water in many homes and restaurants.

This grain-based tea is high in fiber and known for its hydrating effects. To make barley tea, roasted unhulled barley should be boiled in water. Barley tea is also widely available in teabags or bottled form. Another similar grain-based tea available in Korea is corn silk tea. 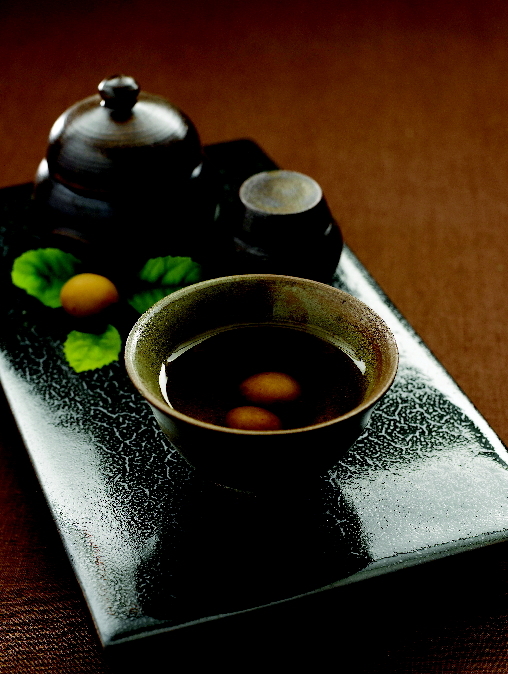 Plum tea (Korean Food Foundation)
Fruit teas are becoming more prevalent in coffee shops here too. One of the most popular teas available in such places is citron tea, also known as yuzu tea, or yuja-cha in Korean.

Citron tea is made by thinly slicing the rind of the citrus fruit, mixing it with sugar, and letting it sit for a few days before serving with hot water. Similar to lemon tea, citron tea is sought out not only for its sweet taste but also for its ability to soothe headaches and coughs.

Another favorite is omija-cha, which is also called five-flavored tea. It is made with berries from the schizandra plant. Whole berries are soaked in water then mixed with sugar to create the tea, which has salty, sweet, sour, pungent, and bitter flavors. 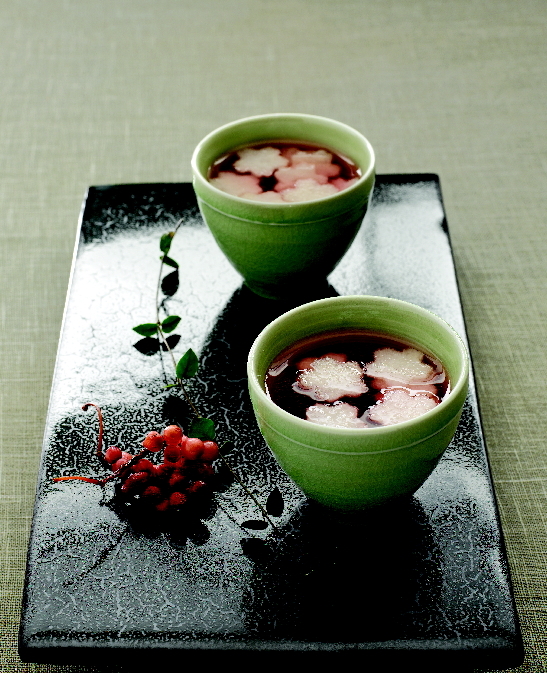 Punch made with Omija-cha (Korean Food Foundation)
The refreshing tea can be enjoyed hot, but it is an excellent substitute for fruit punch in the summer. Omija-cha is known for its detoxing effects, helping to lower blood pressure and strengthen the kidneys.

Other widely available fruit options include mogwa-cha, or quince tea, and maesil-cha, or plum tea.

For those who are looking for a healthy tea with medicinal properties, ginseng tea or ginger tea are top options.

Both are known for their ability to warm the body and provide a natural energy boost, helping to decrease fatigue and increase vitality. They can be brewed at home, or found in most traditional teahouses in Korea. Other healthy favorites include daechu-cha, made with jujubes, and ssanghwa-cha, made with medicinal herbs and roots.