The artist claims the celebrated fashion designer, known for her use of bold prints on clothes and accessories, took part of Lee’s 2013 work for her T-shirts and handbag designs without his permission.

“The designer took the image and altered it a little, such as expanding the width of the image, editing a few details. The pixels in the image appear to be broken,” said Lee at a news conference in Seoul on Monday where he announced his lawsuit against the designer to Korean reporters.

“Tree...#3” by Lee Myung-ho (Courtesy of the artist)
Lee’s “Tree...#3” photograph shows a tree standing against a white canvas backdrop in the middle of a vast reed field near Sihwa, a manmade lake in Ansan, Gyeonggi Province. A similar image is found in Katrantzou’s “T for Tree” T-shirts and handbags with an explanation on the designer’s official website that reads “an expanse of land reminiscent of scenes from a drive down a remote American highway.”

The T-shirts and handbags were being sold at $520 and 794 euros ($900), respectively, at online fashion retailers, according to Lee. The products were taken down from the brand’s website and other online shopping websites, following Lee’s lawsuit against the designer last year. The case was filed with the U.S. District Court for the Northern District of California in San Francisco last October.

“Katrantzou took a major motif in Lee’s photo series and used it for her T-shirt and handbag designs. We think this lawsuit will set an important precedent on to what extent appropriation in art is allowed within the legal boundary,” said Kim Hyung-jin, Lee’s attorney, at the news conference.

Kim said he filed the lawsuit in the U.S. District Court in San Francisco, as it has dealt with many previous copyright cases involving artworks.

“We are suing for both copyright and trademark infringement because this is a clear copy of the work and also breaches the Lanham Act in the U.S.,” said Kim. 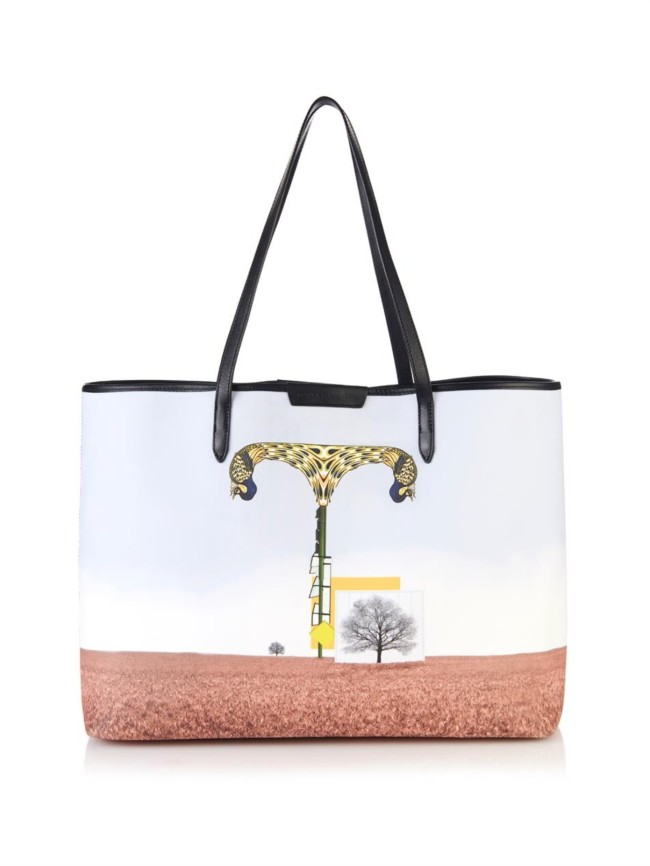 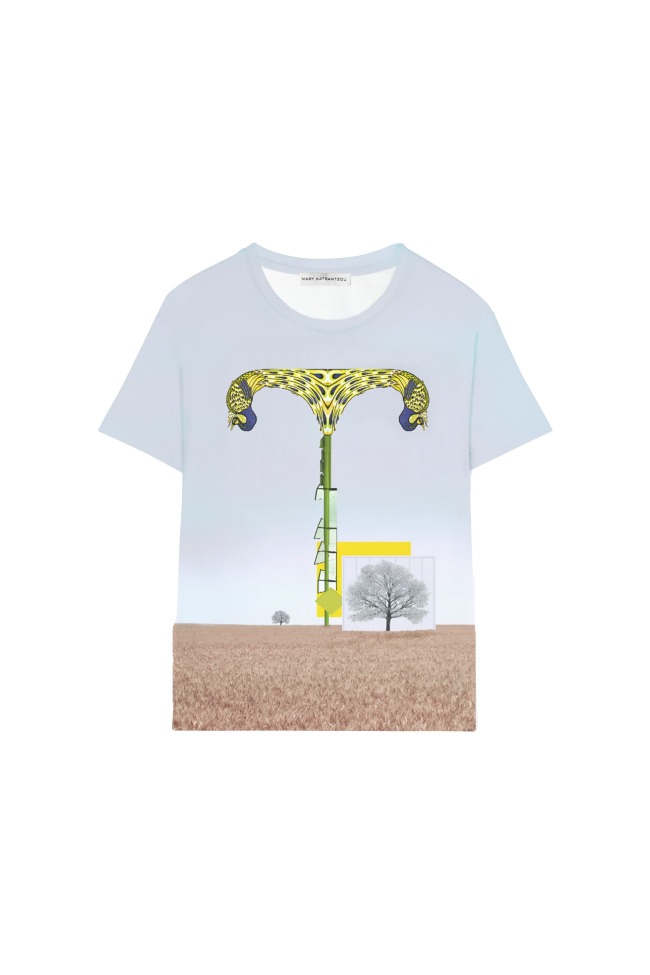 “T for Tree” T-shirt by Mary Katrantzou (Captured image from marykatrantzou.com)
Kim added that Lee’s signature image of a tree against a large white canvas is a crucial part of his works to be judged as his trademark, and Katrantzou’s use of the image violates the Lanham Act, enacted in 1946 in the U.S., which forbids any commercial activities that infringe on the rights of the original holder of a trademark.

Lee began photographing the tree series in 2004, and his works have been showcased in numerous exhibitions around the world, including in Seoul, Beijing, Moscow, Los Angeles, Dubai and Buenos Aires.

“Our goal is not money or settlement. We believe this case will become a breakthrough in the protection of artists’ copyrights in Korea and set an example of drawing a line between appropriation and application,” said Kim.

The decision to pursue the lawsuit in the U.S. was made out of concern that if pursued in Korea it would follow the 2014 photography copyright case between Korean Air and Michael Kenna. The Seoul Central District Court had ruled that the image Korean Air used for its TV commercial did not infringe on American photographer Michael Kenna’s copyright of the well-known photograph “Pine Trees.”