The National Election Commission said 24.4 million out of 42.1 million eligible Korean voters cast their ballots, the highest in 20 years when 63.9 percent of voters turned out. It was also 3.8 percentage points higher than 54.2 percent in the 2012 general election. 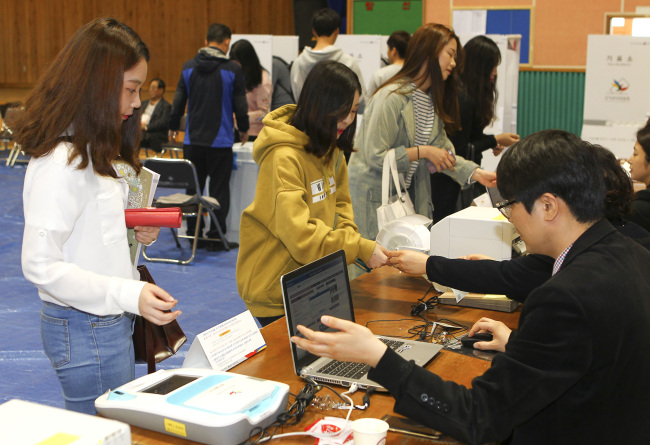 Voters have their identities checked to cast their ballots during preliminary voting in Cheongju on April 8. (Yonhap)
According to NEC, the higher-than-expected voter turnout can be credited to an increased number of voters aged between 20 and 40, as well as some 5.1 million voters who showed up during the two-day early voting period last week. The early voting system introduced for the first time in the general election also encouraged more younger voters to cast their ballots, the NEC said.