Affleck portrayed the caped crusader in this year’s “Batman v Superman: Dawn of Justice” and had been rumored to be the studio’s top choice. Tsujihara confirmed the studio was moving forward with him in the director’s seat Tuesday at CinemaCon, an annual gathering of theater owners in Las Vegas. 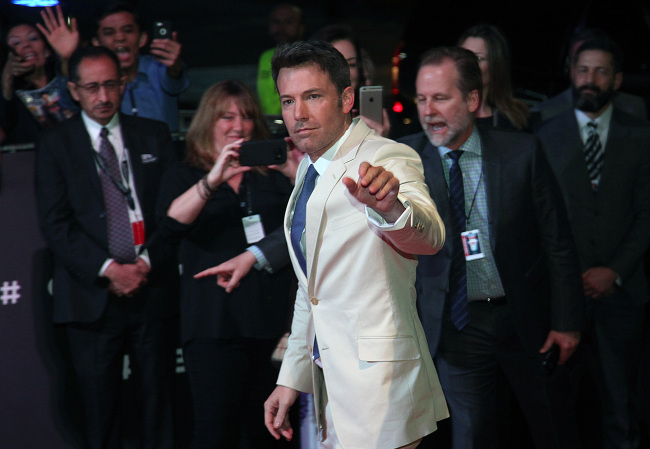 Actor Ben Affleck, cast as Batman, waves as he arrives for the red carpet event promoting "Batman v Superman: Dawn of Justice" at the Auditorio Nacional in Mexico City, March 18 (AP-Yonhap)
The standalone Batman feature is part of Warner Bros. plans for an expanded DC Comics cinematic universe, similar to that of the Disney and Marvel collaboration. Warner Bros. has at least 10 features in the works, including “Suicide Squad,” “Wonder Woman” and “Justice League.”

Affleck, who is also directing “Live By Night” for the studio, made an appearance with Amy Adams, who plays Lois Lane.