The company said it posted 505 billion won ($441 million) in operating profit and 13. 4 trillion won in revenue, up 65.5 percent and down 4.5 percent, respectively, compared to the same period last year. 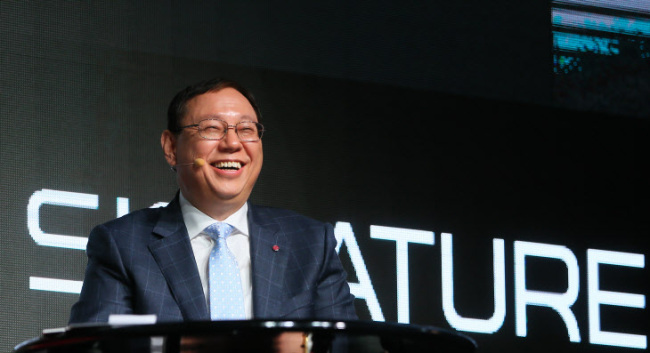 Its operating profit jumped 44.9 percent quarter-on-quarter while its revenue decreased 8.2 percent during the same period.

Market analysts said that the increase in operating profit was mainly driven by a decline in prices of raw materials for liquid-crystal displays, increased shipment volume for high-end organic light-emitting diode TVs and seasonal factors in the home appliance segment.

LG released its earnings guidance for the first in its history. Its domestic rival Samsung Electronics had been the only listed firm in Korea that publicizes estimated earnings figures before announcing an official quarterly financial report.

“LG will be able to achieve record profits this year on the back of a usual sales hike of TVs and home appliances in the coming months in addition to anticipated sales growth in the electric car component and solar panel modules businesses, only if its mobile business unit turns to profit thanks to the newly released G5 smartphone,” said Song Eun-jeong, an analyst from Hi Investment & Securities.

Shinhan Investment predicted that the cumulative sales of the G5 this year would surpass the 12-million mark this year.

The G5 sales has reportedly crossed the 15,000 mark on March 31, the first day of its launch. The figure is three times higher than that of the firm’s preceding flagship G4.