But the CMC president Hiram Chodosh highlighted that “the balance” in the breakdown of its faculty, staff and students allows for a more effective liberal arts education for graduates in challenging various transformations witnessed in societies and sectors across the world.

“When you look at the political demographic of students coming here, it is incredibly balanced for this generation of students. Because of that balance, CMC appears more conservative than many other liberal arts colleges,” Chodosh said in an interview with The Korea Herald.

“Some of our liberal students love the conservative faculty more because it is challenging, and (because it is) boring to learn from those who already think like you. That is a signature commitment to make sure that we are challenging our own learning environment with a diversity of ideas, values and ideologies,” he said. 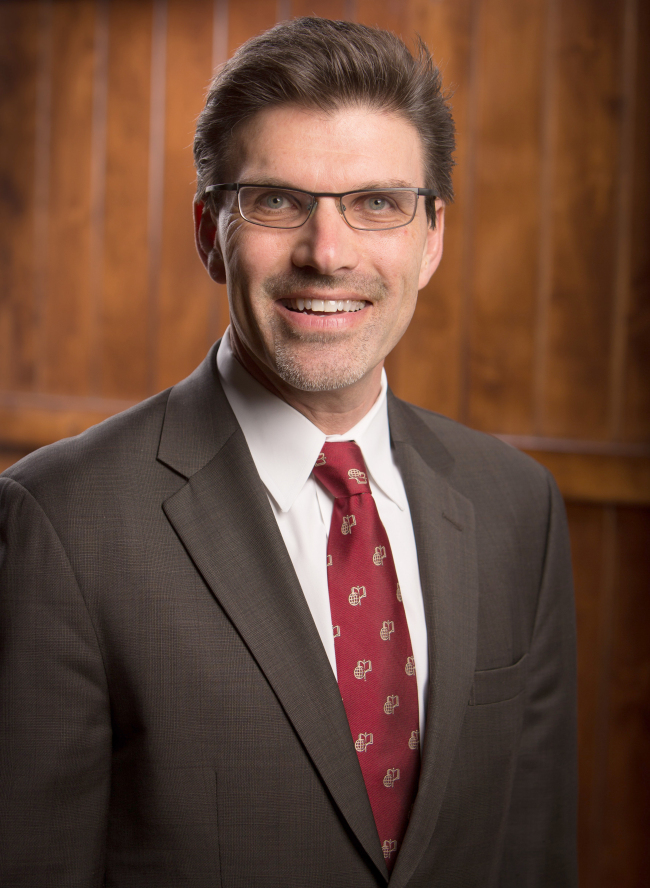 Before taking office in 2013 as the fifth president of the CMC, Chodosh had served in advisory positions at the World Bank Justice Reform Group and the International Monetary Fund Legal Department. The president was in Seoul on March 19 as part of a tour to discuss international programs with colleges in Asia.

One of the projects is the CMC-Yonsei Summer Program, a six-week program in which tens of CMC students team up with Yonsei students in business schools to participate in a project-based internship while completing each other’s course credits.

Chodosh highlighted that the program could provide a cross-cultural environment in which students can improve their learning capabilities and leadership skills to address complex problems, in the same way that prominent tech companies build ecosystems that they call “campuses”

“If you go to any tech companies now, you see a campus. You see a campus for a reason because of social density and proximity of people in real time. It is a powerful learning environment that can’t be replicated just online,” he said.

“Working in teams together is a very important idea. Any understanding across cultural and social borders is very much advanced when two sides of that border have a common purpose.”

The education expert, who was named one of the 25 most influential legal educators by the National Jurist Magazine in 2012, described the education system in Korea as a “driving force” behind its economic and political success.

But the president noted that the nation’s zeal for education now should be channeled into developing problem-solving sets of skills for the students and encouraging them to self-motivate by creating a “magical cycle” of learning through trials and errors.

“It is hard to measure performances in test-oriented cultures, which are wonderful for motivating work and discipline but often not very good for generating originality and emotional well-being, creativity and innovation,” he said.

“One of the solutions to that is giving students the opportunity to actually go out and try to do things. When they face reality and fail the test, they can go back into the field and do better the next time,” he said.

The president noted that liberal arts schools, such as the CMC, can find roles in these efforts because they can empower students to navigate through technological transformations by providing interdisciplinary education programs designed to boost students’ motivation.

One of those programs is the CMC’s “Athenaeum,” which is Greek for temple of wisdom, the event brings together the world’s renowned thinkers and doers to give lectures to the students and alumni each night of the week. The students are given priority during question and answer sessions.

With regard to the controversial on-campus protest against racism last year, the president noted that students should have the right to express themselves and that the college would seek to improve diversity in its academic programs.

The college’s former dean Mary Spellman resigned last year after a controversial comment in an email sent to a Latina student sparked a protest over racial tensions.

Chodosh noted that such moves by students should generate engagement and discussion rather than populist movement hijacked by “flamboyant slogan and media attention.”

“Students should know that they have the right to protest and it is important for them to exercise their rights. But I want this protest to be informed, to be more accountable and to lead to more discussion and engagement,” he said.