Since then, the novel has been receiving positive responses on social media. Readers have posted reviews on over 30 blogs, prompting the publishing house to produce a short clip on YouTube featuring the book’s plot. 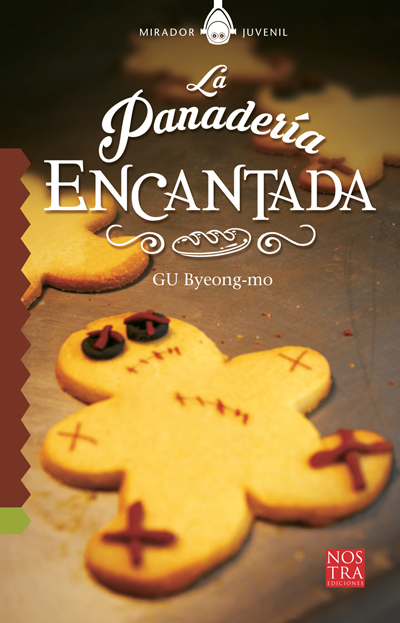 The cover of “La Panaderia Encantada” or “Wizard Bakery”, written by Koo Byung-mo and translated by Irma Zyanya (Nostra Ediciones)
In a press statement released by the LTI Korea, Mauricio Volpi, a critic of children’s fiction and head of Nostra Ediciones, said that the magical bakery featured in the book has provided young Mexican readers with a fantasy realm that rivals the world of K-pop.

“Mr. Volpi thought that the story would appeal greatly to the Mexican audience, which is why he decided to print 10,000 copies for the book’s first edition there,” said Ko Young-il, who is in charge of translation and publication at LTI Korea.

“Wizard Bakery,” Koo’s debut novel, received the Changbi Prize for Young Adult Books in 2009. It tells the story of a teenage boy who runs away from his troubled home to a neighborhood bakery filled with magical pastries, human desires and warmth.

The book was translated into Spanish by Irma Zyanya, who wanted to share the imagination of Korean adolescents with youths in Mexico, LTI Korea said. Zyanya is a Mexican national who studied Korean literature at Kyung Hee University and attended LTI Korea’s Translation Academy.

Author Koo, whose most recent work includes “The Red Shoes Party,” is known for poignant critique and a realistic outlook in her young adult novels.

The Mexican publishing company Nostra Ediciones intends to publish more Korean children’s books, including “The Barnyard Duck that Flew Away to the Sky” by Lee Sang-kwon and “The Bad Boy Stickers” by Hwang Sun-mi, in time for the Guadalajara International Book Fair this November.

Plans to publish English and Japanese translations of “Wizard Bakery” are also underway.