The projectile took off at around 5:40 p.m. from the eastern coastal city of Wonsan and flew some 200 kilometers toward the northeastern inland areas, the Joint Chiefs of Staff said. 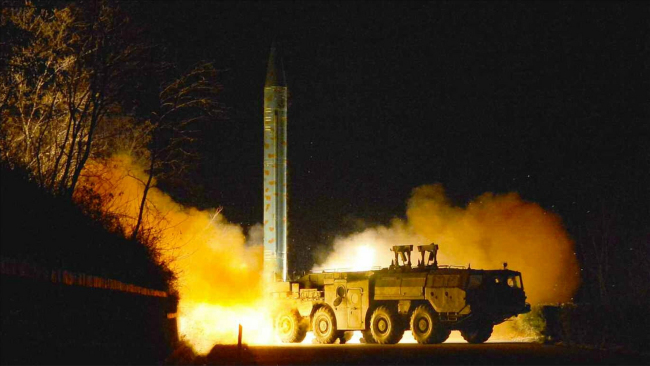 The launch marks the latest in an ongoing series of armed protest by Pyongyang, apparently targeting South Korea-U.S. joint military drills and their sanctions drive, which will pick up during the Nuclear Security Summit in Washington later this week.