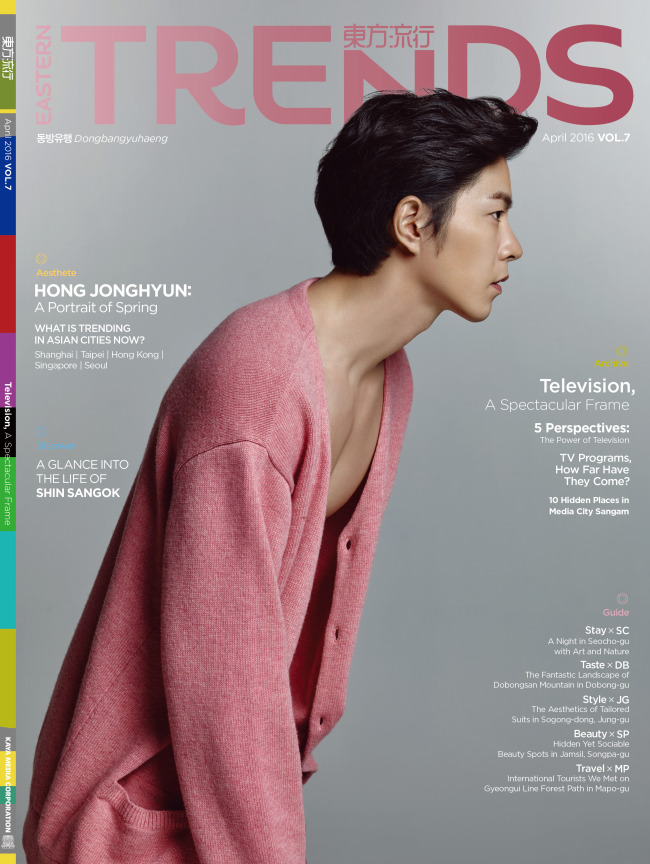 The magazine also features stories on bespoke suit tailors in Seoul’s Sogong-dong, sociable beauty spots in Jamsil and international tourists strolling along the Gyeongui Line Forest Path in Yeonnam-dong. It additionally carries an interview with Shin Sang-ok, a prolific Korean film director who was active in the 1950s and ’60s.

Eastern Trends is a monthly magazine that explores culture, fashion, lifestyle and culinary trends of Asian megalopolises such as Shanghai, Tokyo, Hong Kong, Taipei and Bangkok, with a special emphasis on Seoul.
It seeks to represent youthful, trendy and classy urban culture in Asia, guiding readers to lesser-known gastronomic gems, including “hole in the wall” eateries.

The magazine also features in-depth celebrity interviews and stories on issues of historical and contemporary significance.

Each issue deals with a different concept and is published in Korean, Chinese and English. The magazine is available at all major bookstores, both online and offline, and at airports and in hotels. The Eastern Trends app can also be downloaded via Google Play or Apple’s App Store. For more information, visit www.imagazinekorea.com/easterntrends.asp.