[ The Korea Herald – Send E-mail ]
South Korea steps up fight against TB
By Claire Lee
Published : Mar 24, 2016 - 16:40
Updated : Mar 24, 2016 - 17:34
South Korean health authorities said Thursday all Koreans are now required to be tested for latent tuberculosis at least twice in their lives, at ages 15 and 40, as a part of measures to drop the high prevalence rate of the infectious disease in the country.

According to the World Health Organization, over 95 percent of TB cases and deaths occur in developing countries. South Korea, the fourth-largest economy in Asia, has the highest incidence rate of TB among members of the Organization for Economic Cooperation and Development, partly due to the lack of epidemiological research of the disease since the Korean War (1950-53). 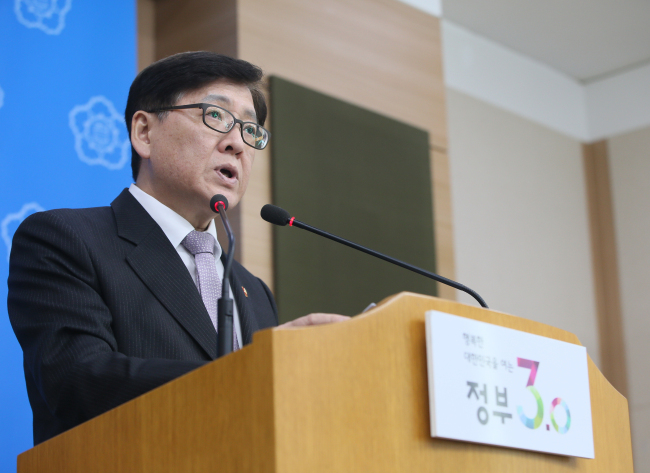 “Although state-run health centers performed epidemiological research very thoroughly after the war, things became different after we introduced our national health insurance system in 1989. When the new system took effect, many state-run health centers were replaced by private clinics that focused on treatments rather than epidemiological research on infectious diseases.”

The newly introduced measure requires all Koreans to get tested for latent TB -- a condition in which the TB bacteria is in the body but inactive and causing no symptoms -- at least twice in their lives. The first test should be taken at age 15, with the second at 40. Without treatment, about 5 to 10 percent of latent TB patients are known to develop TB some time in their lives.

Participants to a special event promoting prevention of tuberculosis perform a special dance asking the public to cover their coughs to prevent the spread of the infectious disease in central Seoul, Thursday. (Yonhap)
“With proper treatment, latent TB patients can avoid developing TB by up to 90 percent,” said Minister Chung.

According to the Korea Centers for Disease Control and Prevention, no developed nation currently requires all citizens to be tested for latent TB. However, Japan and the U.S. made it mandatory for young children to be tested for the disease from 1965-2002, and 1960-1990, respectively.

“The number of newly diagnosed latent TB patients decreased significantly throughout 1965-2002, after requiring all children to get tested twice, at age 7 and 13.”

While the number of newly diagnosed TB patients here last year was the lowest in 15 years, new TB patients between 10 and 14 years old increased over the same period.

“South Korea is cornered by countries where the incidence of drug-resistant isolates is the highest in the world: India, China, Russia and North Korea,” said Dr. Vincent Delorme from the Seoul-based Institut Pasteur Korea. “With the increase in tourism and ease of travel, combined with the fact that TB is an extremely contagious disease, it is not surprising to see more and more drug-resistant strains circulating in Korea.”

The medical researcher also said there is a lack of genomic information regarding TB isolates circulating in South Korea, which makes the epidemiologic studies incomplete.

At the same time, Delorme said bacilli has become resistant to more than 10 available TB drugs in South Korea.  This means that only drugs that have been introduced in recent years are now effective, he added.