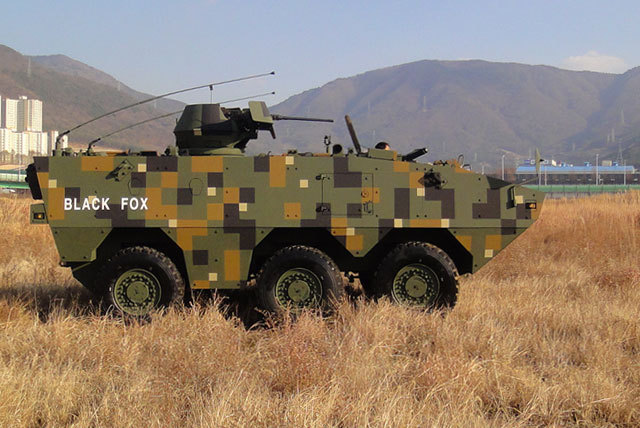 Doosan DST's armored vehicle (Doosan DST)
Doosan, which owns a 51 percent stake in DST through its special purpose company, DIP Holdings, has been seeking to sell the armored vehicle manufacturer since late last year, as it has been realigning its core business to improve the group’s finances amid a liquidity crunch. Credit Suisse is managing the sale of DST.

Doosan’s private equity partners -- IMM and Mirae Asset, which own a combined 49 percent stake in DST -- will also sell their shares.

Hanwha Techwin has disclosed its intent to bid for DST. Other potential bidders are LIG Nex1, and MBK Partners and IBK private equity funds.