By 2018, Lotte plans to open four shopping malls -- two in Seoul and the other two in Incheon -- to lure customers wanting to enjoy shopping and cultural activities at one site.

Lotte has already been aggressively pursuing the one-stop shopping mall strategy, most notably with the opening of the huge Lotte World Mall that opened in the Jamsil area of Seoul in October 2014. Lotte World Mall houses brands that span the price spectrum, as well as a movie theater and a classical concert hall that is set to open later this year. 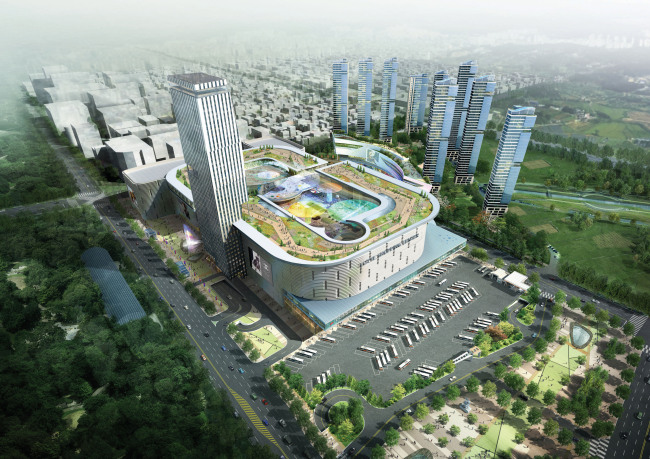 “Our goal is to constantly attract customers by offering a space where they can stay and (enjoy cultural) experiences.”

Shinsegae will also open shopping complexes in Hanam, Goyang and Anseong, all of which are in Gyeonggi Province. The first will be the 330,000-square-meter Hanam Union Square, set to open in September.

Lotte and Shinsegae appear to be making hefty investments in shopping malls to deter the rapid expansion of online operators in the retail market, according to industry sources quoting data. The projects are designed to amplify the pleasure of shopping and cultural activities -- realistic features that online operators cannot offer.