The National Police Agency launched its special one-month campaign to crack down on date abuse in early February. During the campaign period, 1,279 cases were reported from abuse survivors and witnesses nationwide, and 61 offenders were placed under arrest.

Also, 58.9 percent had criminal records, among which 11.9 percent were felons who had been convicted nine times or more previously. 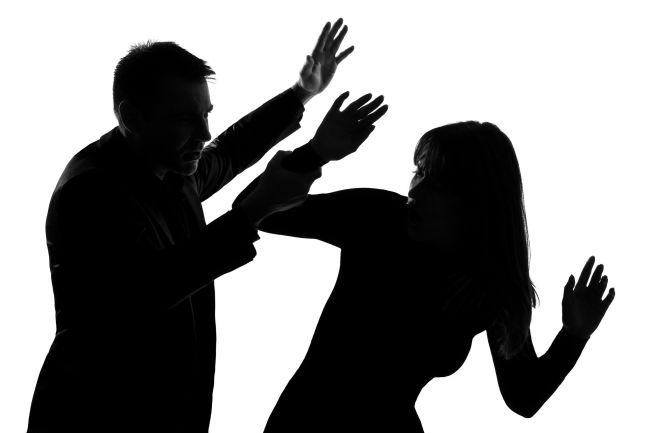 123RF
More than 90 percent of the victims were women.

The legislation was inspired by the case of Clare Wood, a British woman who was murdered by her ex-boyfriend in 2009. The late victim had reportedly been unaware of her ex’s criminal history of violence against women, which included a case of kidnapping.

Following her tragic case, a pilot scheme to protect women from violent partners, known as Clare’s Law, was rolled out nationally in the United Kingdom in 2014.

The U.K. law allows police to disclose information about an individual’s criminal history if requested by the partner. According to the Press Association of the U.K., more than 1,300 disclosures of criminal records had been made across England under the law, as of last year.

In South Korea, statistics released by a number of think tanks and private agencies have been suggesting that dating abuse is a serious problem in the country. According to 2014 research by Duo, a leading matchmaking agency, 72.3 percent of the 491 surveyed single male and female Koreans in their 20s and 30s said they had been abused by a romantic partner.

Further research by Lee Hwa-young at Korea Women’s Hot Line -- a nongovernmental organization helping female victims of violence -- showed that up to 50 percent of Korean women said they had been physically abused by a romantic partner. Almost 90 percent of the participants said they had been either physically or emotionally abused within the context of dating or courtship.

According to the police, the largest number of the reported cases last month, 61.9 percent, were cases of physical abuse, while 17.4 percent involved confinement and blackmailing. Meanwhile, sexual violence including rape accounted for 5.4 percent of all reported cases in February.