Given that financial technology, or fintech, businesses, have gained momentum in recent years, security and authentication solutions have become important in protecting data from hacking attempts. 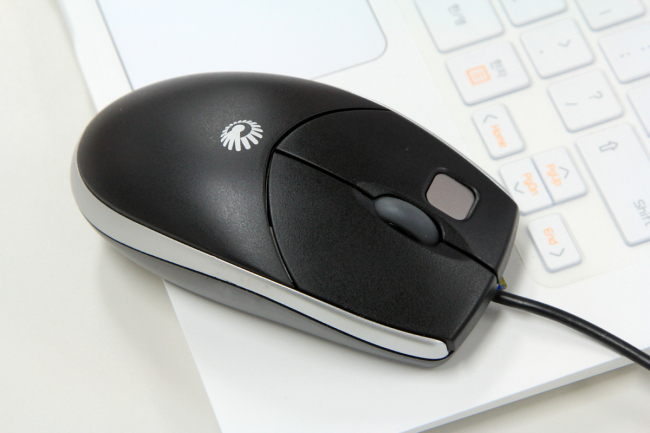 The BTP Mouse has a fingerprint scanner on its left button, which will allow the authentication process to be carried out with a mere tap of the index finger.

Financial institutions have tried using fingerprint identification technology in the early 2000s, but the market was not ready and technology was not advanced enough at the time.

New authentication measure such as the BTP Mouse are expected to take off here, especially since online financial transactions in Korea now do not require the use of digital authentication certificates. Online-only banks will also soon be established here.

CrucialTec, which has its headquarters in Pangyo, supplies fingerprint modules to global smartphone makers, including LG Electronics, Huawei, Xiaomi and Sony.

Its biometric modules are installed in a total of 45 smartphones produced by those phone manufacturers.