According to the police, the Canadian national, who had previously been a lecturer at a university in Daegu, smuggled marijuana into Korea from Thailand in August 2010. He then grew it at the balcony in his apartment building, the police said. 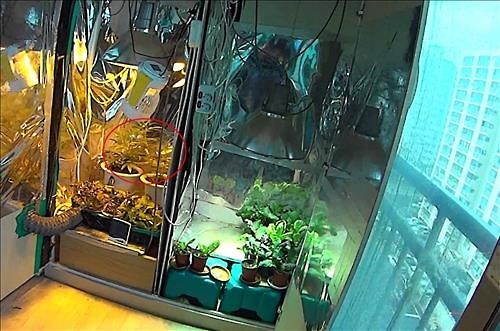 (Yonhap)
The man allegedly set up facilities like a ventilator, electronic heater and reflecting plate on the balcony to grow the weed for years.

He reportedly lost his job as a university lecturer as allegations about him smoking cannabis surfaced at his workplace. 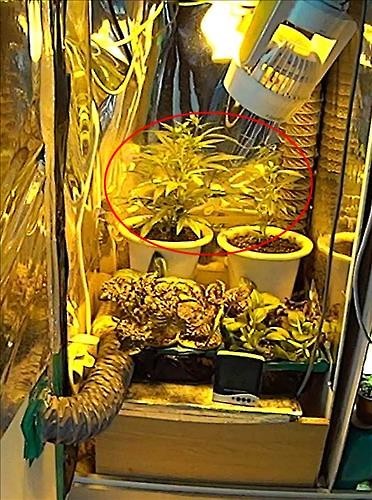 (Yonhap)
The Busan Police Agency booked a total of 42 people on charges of possessing or taking illegal drugs in violation of the act on the control of narcotics. Among them, 15 were booked and 27 were taken into custody.