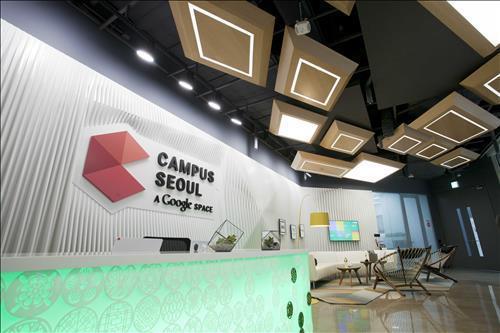 A Google campus in Seoul
The initial capital needed to start a tech venture in Korea is estimated at about 70.5 million won ($57,500) on average, with the most coveted area being mobile apps, a recent survey found Tuesday.

Born2Global, a start-up accelerating center affiliated with the Ministry of Science, ICT and Future Planning, recently conducted a survey of 707 Korean start-ups established over the past seven years.

The highest number of respondents, or 29 percent, said it took 50 to 100 million won to start their business. Mobile apps were the most popular area with 200 companies, followed by the Internet of Things and wearables (9.1 percent), and big data (6.9 percent).

The average business period was 3.28 years. Almost 60 percent of the companies were based in Seoul. More than 50 percent said they suffered financial problems in the first one to three years.

Their most favored overseas destination was the U.S., with 299 companies entering the market. China came in second with 259 companies. The two countries were also the most lucrative markets for the companies.

They said technology and product quality were the most important factors for success, followed by pricing, management, design, brand awareness and geographical advantage.

They also cited marketing as their weakest point, saying they need marketing and promotional support when they enter overseas markets.