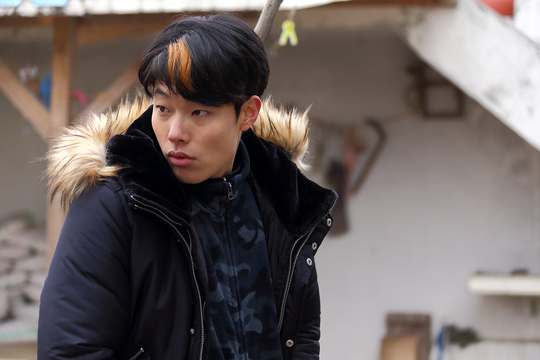 (Cinema Factory)
Actor Ryu Jun-yeol turned into a villain for the upcoming thriller movie “No tomorrow.”

According to the production company, Ryu drastically transformed himself for the character. Even though he was given a relatively small role, Ryu went through various changes such as dying a section of his hair bright yellow and putting on braces.

Through talking extensively with the director, Ryu had come up with the unique concept for the character himself. The braces represent the wealth of Ruy’s villainous character in the film and his hairdo is meant to make him look like a gangster. 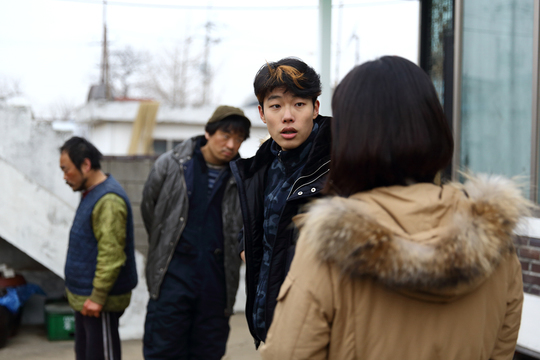 (Cinema Factory)
In the film, Ryu takes on the role of Heo Jihoo, the son of a huge salt farm on an island. Heo is a cruel character who uses his power to pick on the weak. He brutally abuses the farm’s workers by cursing and violently hitting them.

“No tomorrow” also stars Bae Sung-woo, Park Hyo-joo, and Lee Hyun-wook. It will be in theaters from March.