[ The Korea Herald – Send E-mail ]
Ministry denies rumored inflow of Muslim workers for halal food
By 조정은
Published : Jan 21, 2016 - 16:57
Updated : Jan 21, 2016 - 17:04
The Ministry of Agriculture and Food on Thursday denied rumors of the government’s reported plans to launch a halal food-processing complex in the southwestern part of the country in the face of opposition by Protestant groups here.

According to rumors that spread quickly, the government plans to spend 550 billion won ($453 million) to build the food-processing complex in Iksan, North Jeolla Province, by the end of this year.

It will include a meat butchery to carry out religious slaughter of animals for the production of halal food. To perform such procedures, the government also plans to build an Islamic community to house hundreds of religious leaders and more than 7,000 Muslim butchers to obtain certification for halal food. 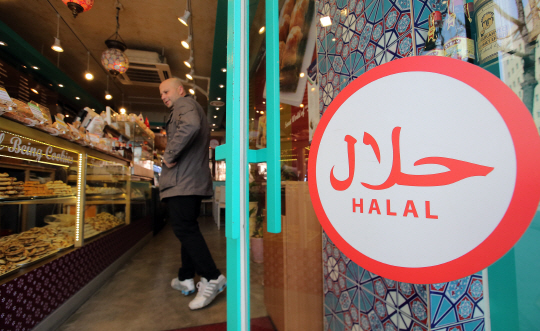 The government also plans to offer 500,000 square meters of land without cost for 50 years for halal food production companies and 1.5 million won per Muslim worker to help them settle down.

Some Protestants reacted sensitively to rumors, claiming the government’s plan would expand the influence of Islamic beliefs here.

Local news reports say more than 23,000 online users have signed a petition via Daum, a major online portal site, against the government’s unconfirmed plan. Such a movement appears to be related to growing public fears on possible terrorist attacks by the Islamic State group, the reports added.

The ministry refuted the reports and rumors, saying though the government is reviewing the plan of building a halal food-processing complex, it has no plans to employ Muslim workers there.

During President Park Geun-hye’s state visit to the Middle East, the government agreed with the United Arab Emirates to work together to share halal food information and establish a halal food certificate system to open doors for Korean firms seeking international opportunities.

If realized, they are expected to export $1.2 billion worth of food products by 2017, officials said last year.