Despite the economic slump in China and its effects on the rest of the world, wealthy art collectors from emerging markets will still splurge on masterpieces, according to Gilles Dyan, chairman of the Opera Gallery Group.

“The most expensive painting sold at auction in New York last year was the $170 million Modigliani painting purchased by a Chinese collector who owns private museums in Shanghai,” he said, in an interview at Seoul Opera Gallery on Monday. 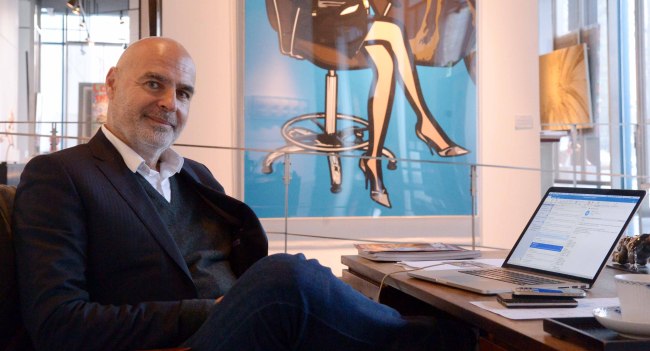 Gilles Dyan, chairman of the Opera Gallery Group, poses at the Opera Gallery Seoul on Monday. (Chung Hee-jo/The Korea Herald)
The Opera Gallery, with 11 gallery branches worldwide, enjoyed a 7 percent growth in overall global art sales thanks to the growing number of private collectors from emerging economies. The Opera Gallery has operations in major cities, including New York, London, Paris, Geneva, Monaco, Dubai, Singapore and Seoul, and a new one is due to open in Aspen, Colorado, next month.

“Before, the market was essentially centered in the U.S. and Japan. Now people are buying art from everywhere -- from China, India, Kazakhstan, Ukraine and many other emerging countries,” Dyan said.

When the economy slows down, the rich turn to art to diversify their investments beyond stocks and bonds, Dyan explained.

“With art, when you choose the right painting and pay the right price, it is the best investment. If you compare 50 years of stock markets, gold and commodities with art, art always brings better returns than other investments,” Dyan said.

“The year 2015 was a very good year. I am also confident with 2016. Even if the economy is not so good in China, Russia and in the Middle East. Now many people know that art is a very safe investment.”

Dyan also revealed expansion plans for his gallery. He is preparing to open a new gallery in Doha at the end of next year and another in Taipei in two years.

The unique strategy Dyan set up for the Opera Gallery to appeal to a wider range of art collectors of various nationalities is the broad lineup of artists of major art movements of the 20th century and contemporary movements.

“Our collection spans from Impressionism and Art Nouveau to European and American postwar art. We cover important movements in the 20th century. The price range is very wide, from $10,000 to $10 million,” he said. Masterpieces constitute 65 percent of the gallery’s inventory, while contemporary pieces account for 35 percent. 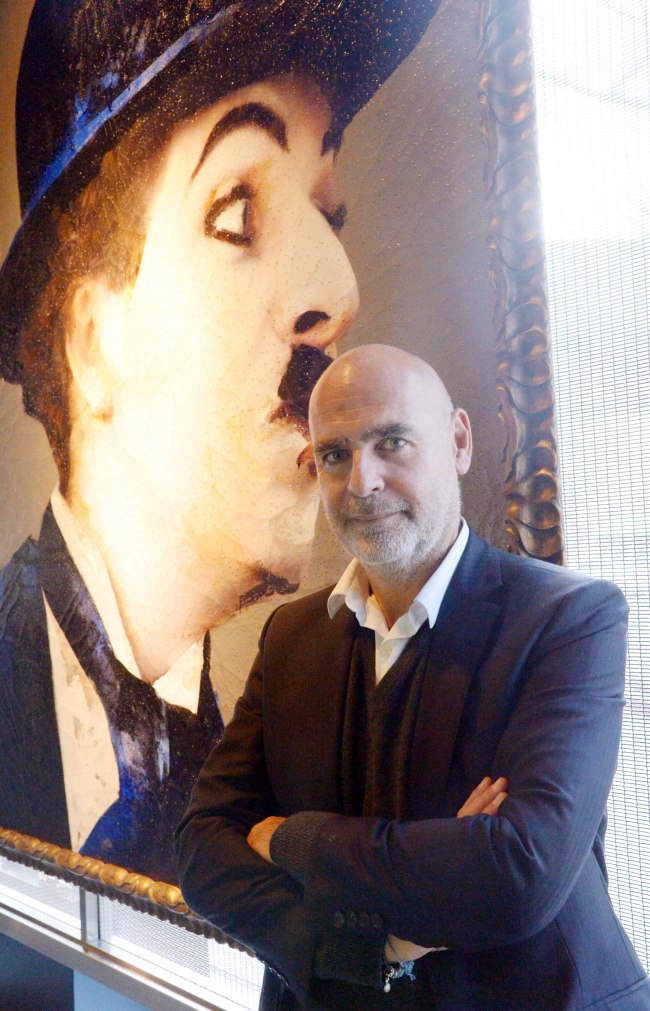 Gilles Dyan, chairman of the Opera Gallery Group, poses at the Opera Gallery Seoul on Monday. (Chung Hee-jo/The Korea Herald)
The gallery is also on the lookout for talented contemporary artists who will later become masters of art. It has its eyes on a number of Korean artists who impressed French viewers two months ago in Paris during the Opera Gallery Paris’ group exhibition of 11 major Korean artists working with various mediums of painting, sculpture, media and installation. The exhibition “Regeneration: Perspectives on Contemporary Korean Art” presented works of emerging Korean artists, including Lee Lee-nam, Song Bong-chae and Kim Il-hwa and Suh Jeong-min.

An avid collector himself, Dyan buys two to three pieces by an artist he likes. Each year, he adds an average of 50 pieces to his personal collection of more than 1,000 pieces.

“I don’t buy art just for investment,” he said. “I buy things I love that are also worthy investments.”