[ The Korea Herald – Send E-mail ]
First batch of Chinese tourists visit new tour zone in N. Korea
By 정주원
Published : Jan 1, 2016 - 16:35
Updated : Jan 1, 2016 - 16:37
About 300 Chinese tourists have visited a new tourism zone in North Korea's border city of Sinuiju this week for the first time, according to Chinese media reports on Friday, in another push by Pyongyang to boost its tourism sector. 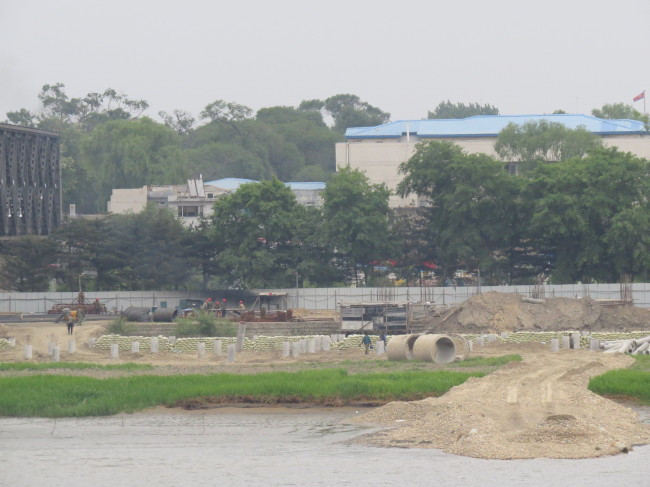 The Chinese tourists arrived at the North Korean tourism zone on Wednesday, according to Chinese media reports.

The North Korean city of Sinuiju sits just the opposite of the Chinese border city of Dandong, where about 70 percent of bilateral trade between the allies is being conducted.

About 60,000 Chinese people are estimated to travel to North Korea via Dandong a year, with another 10,000 Chinese making tours to the North a year via Hunchun, according to Chinese industry estimates.

North Korea is one of the world's most secretive and isolated nations, but Pyongyang has stepped up efforts to attract foreign tourists, mostly Chinese, since last year by offering more tour routes.

Hit by decades of economic mismanagement and international sanctions over its nuclear weapons program, North Korea has promoted its tourism sector to earn much-needed hard currency to prop up its regime. (Yonhap)