"If the enemy provokes, retaliate severely with speed and accuracy," Lee instructed a commander of an Air Force flight team during a combat simulation performed inside the Sejong the Great destroyer in the Yellow Sea near the Northern Limit Line. 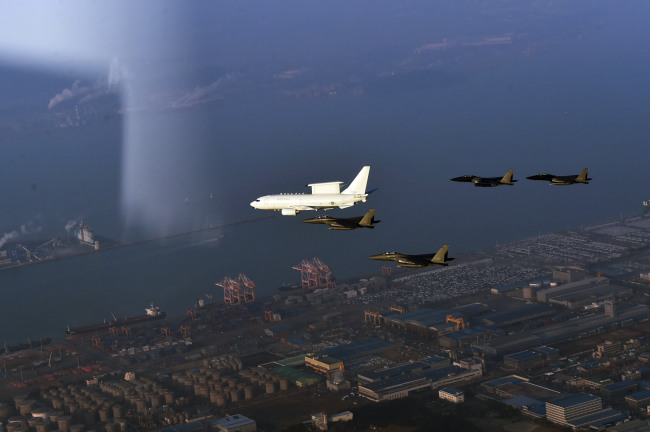 Equipped with an Aegis combat system, the destroyer could detect and track up to 1,000 targets within the radius of 1,000 kilometers at a time. It could also connect the commanders of the Army, Navy, Air Force and overseas-based units, enabling the top military decision maker to command all branches of the military simultaneously.

It was the military's first-ever combat training commanded by an JCS chairman aboard a warship.

The training was conducted on Tuesday and embargoed till Friday.

As part of the training, the Navy fired four anti-ballistic intercept missiles from the warship in a show of force against North Korea ahead of the new year.

The Yellow Sea side of the NLL has often been a point of inter-Korean military tensions with Pyongyang's shelling attack on the border island of Yeonpyeong in 2010 killing four South Koreans. (Yonhap)