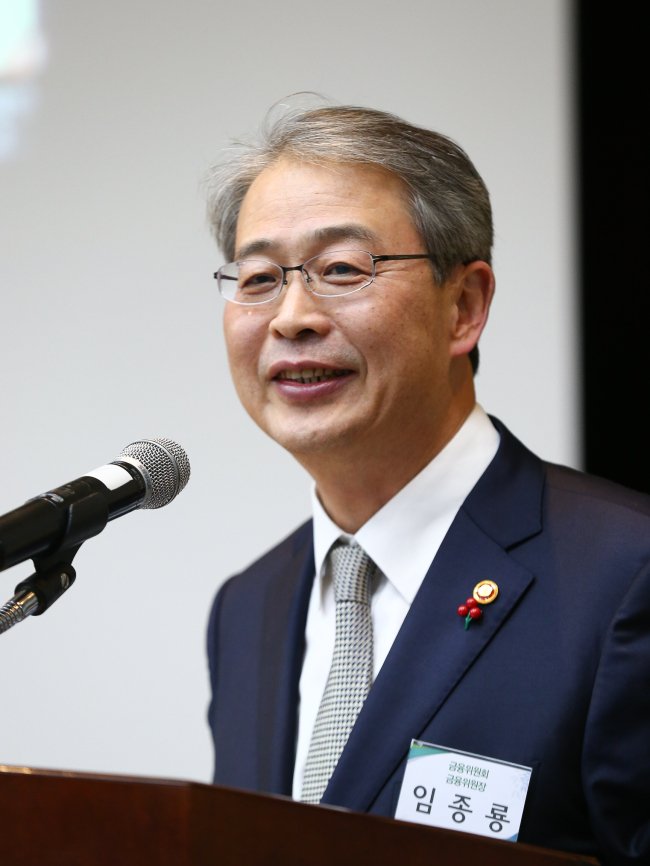 Financial Services Commission Chairman Yim Jong-yong pinpointed household and corporate debt as the biggest potential problems for the Korean economy, calling for “fierce reforms” to guard against them.

“The debt problem, (particularly) of households and corporates, is the biggest risk to our economy,” the chief financial regulator said in his year-end press meeting in central Seoul, Tuesday.

The country’s debt-to-GDP ratio reached 180 percent, the highest in its history, in the third quarter of 2015.

As of the end of November, local lenders’ outstanding won-denominated loans stood at 1,351.9 trillion won ($1.16 trillion), up 0.8 percent from a month earlier, according to data from the Financial Supervisory Service. Corporate loans constituted 766.7 trillion won of the total, up 9.6 trillion from a month before. The amount owed by households stood at 555.5 trillion won, up 6.4 trillion won.

New FSS data, out Tuesday, revealed the delinquency rates for both household debt and corporate debt rose for the second consecutive month. As of the end of November, the country’s average delinquency rate for won-denominated loans at local banks rose to 0.74 percent, up 0.04 percentage point from a month earlier.

Following unceasing criticism that the authorities overlooked the timely control of household debt to revive market consumption, the FSC revealed the final version of the household debt control guidelines on Dec. 14. The guidelines are to go into effect on Feb. 1 in Seoul and the surrounding region and on May 2 in the rest of the country.

The household debt control plan mainly aims at driving borrowers to take out, or transfer to, “affordable” loans that come with no or drastically shorter grace periods and fixed interest rates. The plan also nudges lenders to strengthen loan assessment procedures to curb the delinquency rate.