[ The Korea Herald – Send E-mail ]
Lezhin to offer alternative to U.S. superhero comics
Korean webtoon platform seeks to launch U.S. service with some 20 digital comics in 2016
By 박형기
Published : Dec 15, 2015 - 17:17
Updated : Dec 15, 2015 - 17:17
Following its recent forays into Japan, the world’s second-largest comics market, Korean webtoon platform operator Lezhin Entertainment is about to take on a new venture in the U.S. 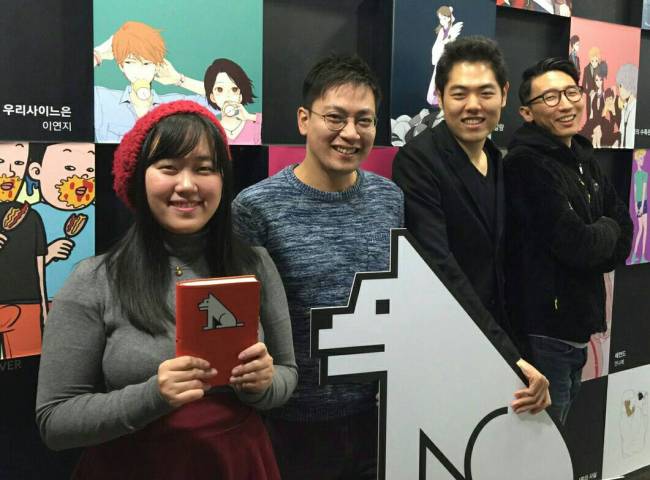 The team sees the key to winning the hearts of the diverse, yet niche U.S. readers is offering rich Korean web comics from a variety of genres, not just superhero stories.

“We may not be the ‘first-mover’ to enter and develop the U.S. webtoon market, but we strongly believe that we have a fighting chance to appeal to the readers with a variety of stories from Lezhin,” Bae Soon-yong, who heads business strategy for the U.S. team, told The Korea Herald in an interview.

Although webtoons have not become mainstream in the U.S., its market survey showed that there is demand for alternatives to the superhero stories that U.S. comic readers have usually enjoyed, the team said.

“We think there is potential even though this format has not been ingrained in the U.S. market,” said global strategist James Kim.

“It is still in its nascent stage, and we seek to charge ahead and develop that demand.” 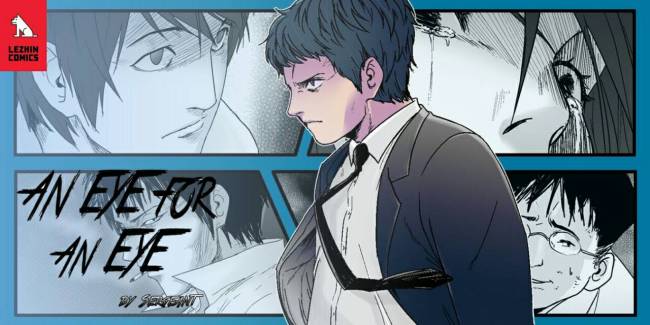 A cut from “An Eye for an Eye,” a webtoon revenge story that ranked top in Lezhin’s action genre
Jeon Jae-heung, the team’s content manger, said Lezhin would start by launching its paid service overseas with works of Korean comic artists in genres ranging from mystery and romance to comedy and horror.

“We are in the process of selecting about 20 hit webtoons that can offer a different experience to U.S. readers,” Jeon said.

In order for these Korean stories to appeal to a different market, Grace Chong, who is involved in the U.S. localization of Korean webtoons, said some scenes and dialogue will have to go through slight changes.

“But this doesn’t mean that artists’ originality will be affected,” she said.

Lezhin, whose paid-service business model has proven to be successful in Korea, is known for creating an ecosystem allowing more artistic freedom to the comic writers, and offering salaries and returns that are higher than the industry standard.

The company’s U.S. business model will be very similar to the one currently used in Korea, including its paid service, the team said, emphasizing that wherever it goes, its content service will focus on creating value for its readers and artists.

“I believe the biggest value and benefit you get from entertainment is inspiration, insight and encouragement,” said Kim.

“If you are inspired, you are encouraged to take the next step -- the new horizon, which will give you new insights.”