[ The Korea Herald – Send E-mail ]
Grotesque exposure of human condition
Artist Sohn Jung-hee expresses compassion toward human nature with ceramic sculptures of mythical figures
By 박형기
Published : Dec 6, 2015 - 17:27
Updated : Dec 7, 2015 - 11:16
A figure, half-woman, half-bird, sits helplessly as if she has failed at several attempts to fly. She lacks feathers, except for the colorful few on her back. 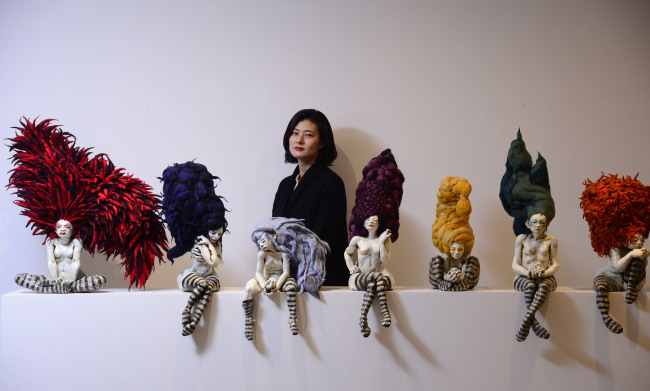 “It can describe an office worker, or someone like me, who is a housewife and a mother. Each one carries on with his or her social role in life. But I don’t want to be confined or defined by such roles. I am a woman, and before that, an animal. I think people can relate to this feeling,” Sohn said in an interview at the opening of her third solo exhibition at Hakgojae Gallery in Sogyeok-dong, Seoul, Friday. 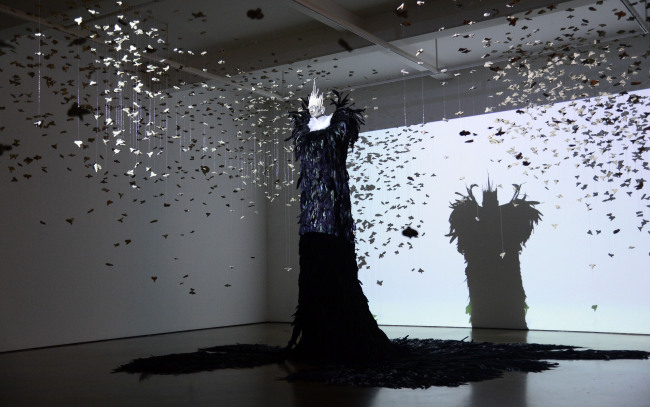 "Pandora" by Sohn Jung-hee (Park Hae-mook/The Korea Herald)
The exhibition, titled “Pandora,” features 30 ceramic sculptures based on ancient myths, through which she expresses her compassion toward human beings “thrown into existence regardless of their will.”

Sohn, 41, began practicing ceramic art as a graduate student at Hongik University in Seoul in 2007. She studied art history at Barnard College in New York.

Since her first solo exhibition in 2008, characters from myths and fairy tales have been the sources of her satire, criticism and distortions of reality, art critic Yoon Jin-sup noted. 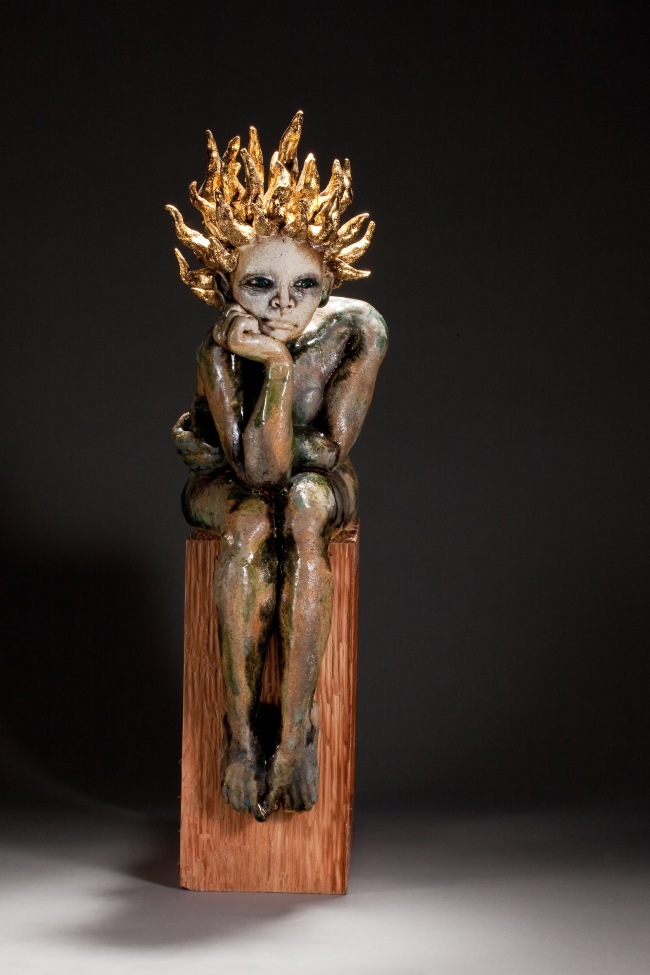 "Helios" by Sohn Jung-hee (Hakgojae Gallery)
The exhibition presents charismatic, witty and sometimes eerie figures that represent mythical characters such as Pandora, Helios and Satyr, or abstract concepts such as pride, closure, lust and hope.

The tall, grand, yet grotesque ceramic statue of Pandora with beaming eyes stands majestically in a dark room, surrounded by myriad small clay moths that hang from the ceiling on fishing lines. Her charismatic presence -- which echoes the White Witch from “The Chronicles of Narnia” -- is magnified by the black raven feathers attached to her to form a long dress.

“For me, Pandora is not a woman who brings sin to the world, but the first woman, made with the great craftsmanship of the gods, to possess dazzling beauty and power. That’s why there are lots of feathers to intensify her charms,” Sohn explained. 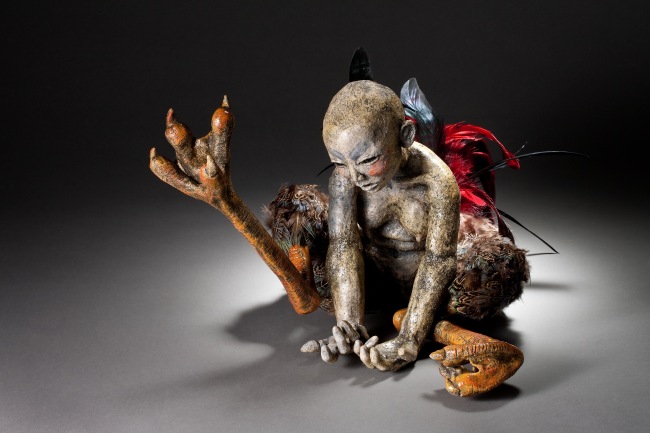 "Siren (2)" by Sohn Jung-hee (Hakgojae Gallery)
Asked what draws her to mythological characters, Sohn noted their resemblance to mortals, despite being superior in terms of power and strength.

“The fact that the gods possess greater power despite having the same human nature makes them appealing to me,” said Sohn.

Making human-figured sculptures of mythical gods and characters puts her in the position of the Creator, with ultimate power.

“Making human forms is exciting. When I make my small people, I become a god,” said Sohn. 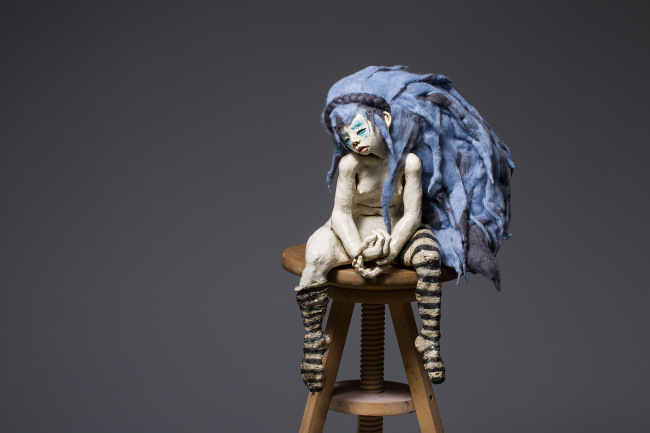 "Debutantes: 7 sins (sloth)" by Sohn Jung-hee (Hakgojae Gallery)
In the “Debutantes: 7 Sins” series, Sohn’s focus is on human nature. Each female sculpture represents one of the seven deadly sins of the Christian tradition, including sloth, gluttony, wrath and envy -- a variety of feelings Sohn confesses to having felt while watching her eldest daughter grow.

“I don’t think they are bad. Everyone has such feelings inside. That makes us human. No one can judge who’s better or not,” said Sohn.