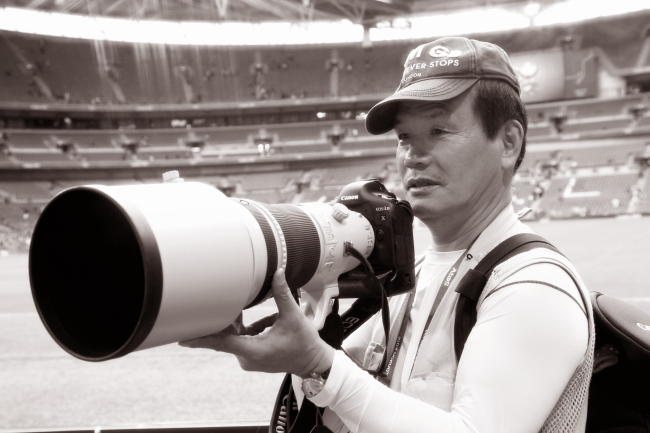 Photographer Kim Min-jae (Courtesy of Kim Min-jae)
The experience has led him to settle in Kuwait at the invitation of Sheikh Ahmad al-Fahad al-Sabah, president of the Olympic Council of Asia and the Association of National Olympic Committees. Kim, who started his career with the South Korean Ministry of Sports in the 1980s, now works exclusively for both organizations led by the Kuwaiti leader.

Taking advantage of his ample experience and affiliation with the OCA, which governs regional sports events like the Asian Games, Kim held an exhibition of photos during the 2014 Asian Games in Incheon. 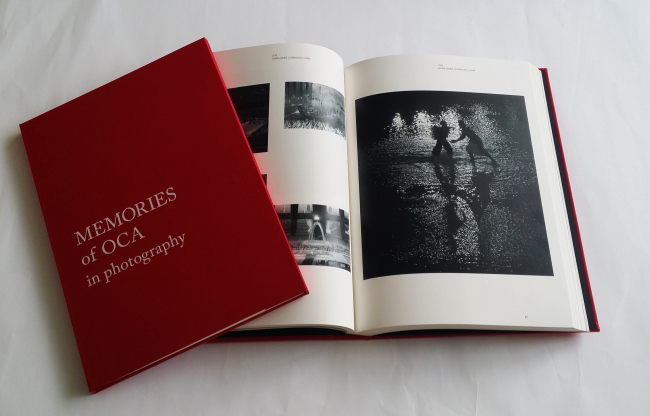 Some of the photos were included in a photo book Kim published under the title of “Memories of OCA in photographs.” It chronicled the Asian Games, activities of the OCA and profiled leaders in Asian and world sports.

The 333-page book, which included about 1,500 black-and-white pictures, received high marks from the OCA, ANOC and other international organizations and their members.

Suh Myoung-hyun, CEO of the printing company, Taeshin Inpack, said that his staff tried to provide the best available printing technology and finesse, not least control of contrasts and the concentration of inks.

Kim said that the printing award renewed his commitment to continuing his career as a photographer who has dedicated his life to recording sports. One immediate hope for him is to publish another photo book on the ANOC. Kim already held an exhibition for the ANOC during its general assembly meeting in Lausanne, Switzerland, in 2013.